Her first time traveling to Australia, contributing editor Juliana Jaoudi discovered things she wasn't expecting about a place she thought she knew.

For some reason, Australia has never been a top destination for me. Maybe because I figured it was just like California (where I grew up), but bigger and even farther from New York (where I now live). Wow, was I surprised. Here's what impressed me:

1. The unflappable-ness. Nothing fazes them: not killer sharks, treacherous ocean currents, poisonous snakes, fatal jellyfish, or monsoons. Not even kangaroo boxing. (What the...)

2. The variety of flora and fauna. There are so many exotic and unique animals, plants, and flowers that the scientists can't keep up. It truly is Oz.

3. The pouches. Marsupials are so cool. A baby kangaroo is born very premature and finds its way to mama 'roo's pouch, where it becomes a proper joey after nine months of pouching.

4. The fresh produce and healthy cuisine. The country does not lack in agricultural riches nor in coastline. Combine this with Asian influences, and you've the perfect cuisine (at least for this California girl). 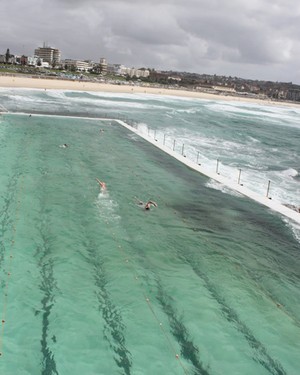 5. The strapping and sporting. Australia (20MM people) has won more Olympic gold medals than much larger countries like Russia (141MM), China (1.3B) and Japan (127MM). This is just one thing I learned in Bill Bryson's excellent book, In a Sunburned Country, a must-read if you travel to Australia.

6. The pools. I was seriously stunned by how Australians install ocean pools everywhere. It's a safer way to enjoy a swim, without riptides or sharks.

7. The men are handsome. Full stop.

8. The shopping isn't so great. If you're looking for high fashion, this isn't the place.

9. The no-ozone joke isn't a joke. Australians will say, "wear sunscreen; there's no ozone down here." And most people laugh it off, like, "how harsh can the sun really be?" But sunburns are everywhere.

10. The bush. Anything mildly resembling dense foliage = the bush.

11. The protective 'roo bars on the cars. Kangaroos really will total your car if you're not careful. The signs aren't just cute, they are serious.

12. The resources. Australia is a land of riches. They struck gold right after the Californians did. That's how the country went from an island of ex-convicts to a proper British colony in the 1850s.

13. The balance. Australians are warm, gregarious, and generous. They're a bit like the British, yet uninhibited like Americans. 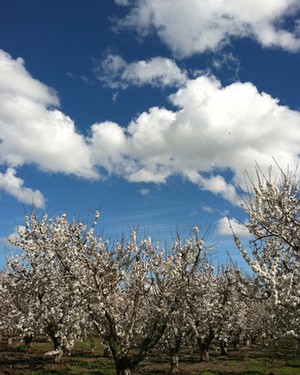 14.They really do drive on the left side of the road. It's another way they're more like the English than the Americans. (I know I shouldn't, but it's hard not to make comparisons.)

15. The underwater galaxy. Scuba or snorkel: You'll experience more sea life than you could ever imagine. It's not limited to the Great Barrier Reef either. Byron Bay, Lord Howe, and Western Australia's Ningaloo Reef are all gorgeous.

16. The place is big — as big as the United States, even though it has a fraction of the US population. Flying is easy, friendly, and affordable.

17. It's complicated. For all of Australia's natural wonders and beauty, its aboriginal history is not pretty. Locals are visibly conflicted, and there's no obvious path to restitution.