An incredible locavore lunch at agriturismo Fiorano in Italy.

COSSIGNANO, Italy  One of the more heavenly places that I visited on a trip through Le Marche (the Italian region that's been reigning as "most undiscovered" for years), was an agriturismo called Fiorano, which produces organic wine and olive oil. 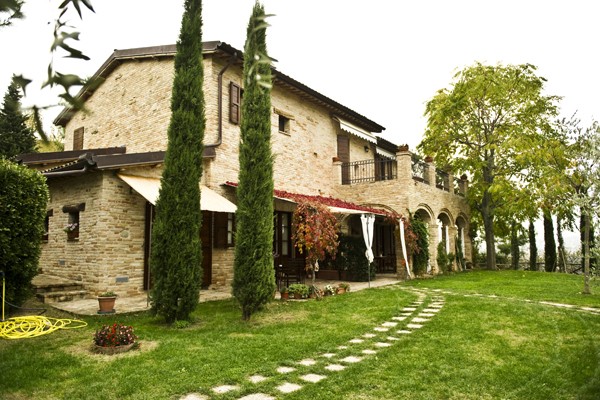 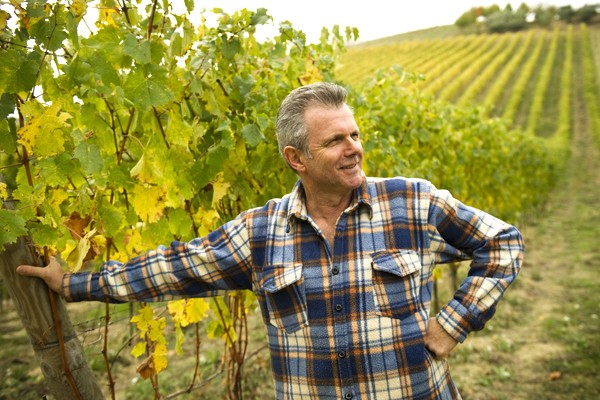 The owner, Paolo Beretta, is Milanese but moved to the Cossignano hills because his wife, Paola, had ties there. A former dentist, it's no surprise that his vines are perfectly manicured and confoundingly straight. Their vino cotto (a Marche regional specialty of cooked wine that's similar to port, but not as syrupy-sweet) was the most complex and well-balanced of any I tried in the area. (And I tried quite a few, because it's the kind of prideful thing everyone forces upon you.)

They also make a beautiful pecorino wine, an Italian white varietal we don't see much in the United States. It tasted all the more delicious because of the storybook views from Fiorano overlooking a patchwork of grape fields, almond trees, and olive groves. 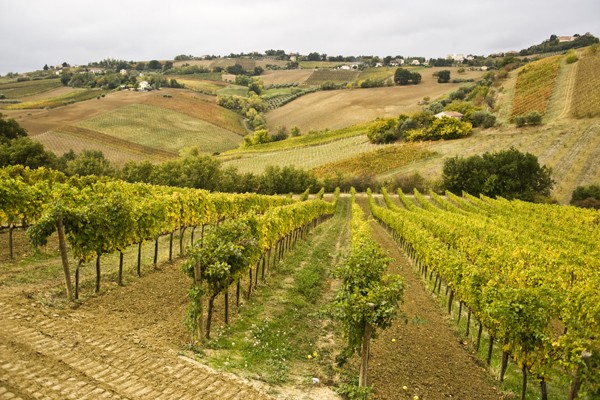 But, as always, the best moment I had was in the kitchen, watching Paola and her mother Adriana make olive all'ascolana — olives pitted and stuffed with ground turkey meat, dredged in egg, flour, and breadcrumbs, then lightly fried. For a pre-lunch snack. This is funny in hindsight, as that lunch went on for three hours and nearly made me go up a dress size. The meal has since become a blur of serving spoons and passed plates, but there were definitely salumi and cheese, followed by a pasta course of broccoli cannelloni and spaghetti all'arrabiata, plus fennel gratin and a sort of pounded beef not unlike veal piccata, then a silky tiramisu to coax me into a deep food coma. 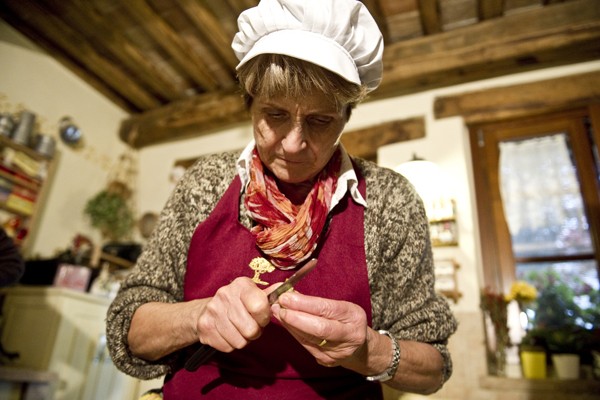 Adriana Stracci in the kitchen preparing something incredibly delicious. 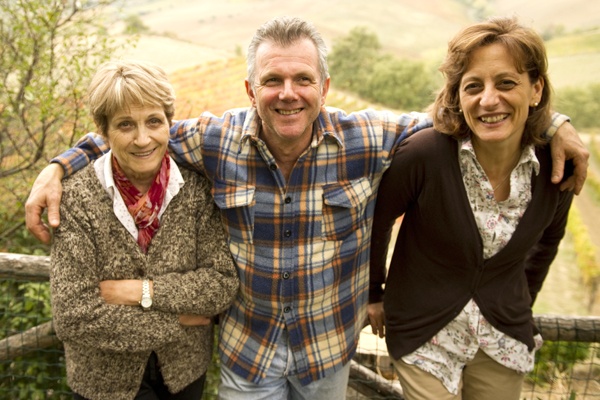 Who wouldn't feel welcomed by Adriana, Paolo, and Paula?

Italians, I've learned, don't value scheduled time in the way Americans do. Still, they'll give you incredibly tasty dishes to distract you from it. On my next trip, I'll have to recruit some friends to stay with me in the three-bedroom flat attached to Fiorano's 19th-century farmhouse (and to carry me back to my room after indulging in such marathon hospitality). But for now, back home, at least I can drizzle some Nudo olive oil — which uses the Beretta family's fruit — onto my penitent salads and dream.