On his first trip to Istanbul, Los Angeles creative director Saam Gabbay is overwhelmed by the vigor, chaos, and intensity of the East-meets-West town.

ISTANBUL – I've fallen I love. Let me describe her:

She's older than I am.  She smokes like a fiend.  She stinks, especially in the summer.  Eats meat.  Her arteries are clogged.  And she's split right down the middle.

Her name is Istanbul.

I was into my third week of a nine-week trip through Europe a few years ago. I was traveling with a white guitar, an orange suitcase, and a pair of running shoes. A few minutes before landing from Greece, the pilot announced that we were approaching Constantinople. (Really??) I landed late at night, and on the drive to the hotel I asked the cab driver to teach me a few words in Turkish and to share any wisdom about how I might marry a Turkish wife. I was taking notes feverishly, so I didn't really look out the window.

The hotel smelled like smoke and, as is customary in these types of cities, I rolled a wet towel and stuffed it into the door jam. I woke up early and drew the blinds. My jaw dropped and I remember gasping audibly at an indescribable and complex landscape bathed in the most gorgeous June light.

Sorry if this rambles. That's what happens when you fall in love!

That's right. My new favorite city. Imagine New York and San Francisco going away on a drug-induced weekend of lust and somehow giving birth to an Argentinean Muslim. That's about as close as I can get to describing the architecture, topography, density, and wonderful weirdness of Istanbul. 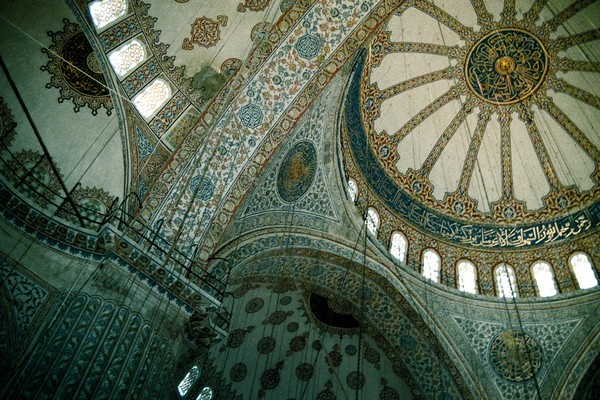 The citizens look like a genetic experiment gone awry. Light eyes, but with a chador and that familiar Middle Eastern scent. How is it possible? Their alphabet sounds Middle Eastern yet has Latin letters (including my favorite accent mark, the umlaut). The people are BEAUTIFUL. The men's shoes are a must-see.

The city is a bizarre mix of the future and the past and escapes all metaphors and adjectives. It's the most extraordinary city I have ever visited. Istanbul is so overwhelming that I feel total paralysis in trying to describe it.

It's vast. I can give you a few details, but I can't encapsulate it. Here's a word of advice: Cash in your Burning Man tickets and stop building that new shade structure and art car. You'll have more of a mind-blow here. Period.

I had the extreme good fortune of having Jeffrey Baykal-Rollins in Istanbul. Jeffrey, a mixed media artist and one of my first art teachers at UCSB, teaches at a university here. That came about because he was asked to fly to Istanbul to meet someone who he ended up marrying after three months. Fifteen or so years later, they have two kids and live in Istanbul.

Shems Baykal-Rollins and Saam in the shops that run under the Bosphorus River. It's pretty jam-packed during the day. 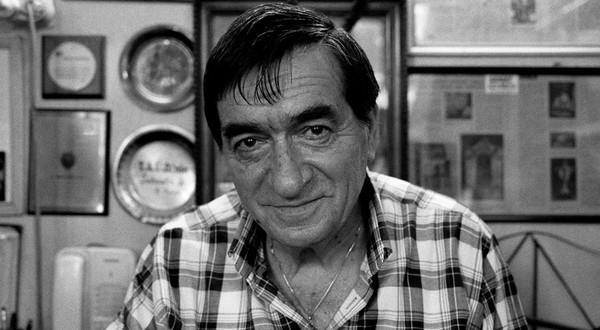 Mr Baykal, the silversmith, is Jeffrey's father-in-law and Shems' grandfather.

Over the few days that I was here, Jeffrey and his family took me all around the city. His father-in-law invited us to his silversmith atelier, we ate great food, I had tours of the Whirling Dervish temple where he was showing some work, we walked the streets, and, despite tearing from all the cigarette smoke, I had a stellar experience.

Here we go with the highlight reel.

- My hotel, Troya, was in the Beyoglu district near Istiklal Avenue ("Istiklal Caddesi" in Turkish), which is lined with over a quarter of a mile of musical instrument stores. I would start at the top of the street and play every single musical instrument I could find on the way down to the river. In one shop, I asked to play the ney (a wooden Turkish/Persian flute). This was the first instrument that I could not make a sound with in all my life. It was terribly embarrassing. But the two shop owners also admitted that they could not make a sound on the ney either. I made a fantastic video of the three of us blowing air for ten minutes in an attempt to make music. (Watch the video on Facebook. It's pretty hilarious.)

-At the bottom of Istiklal Caddesi, you'll find the oldest metro in the world, a gift from the French. It only travels a few hundred feet, but it gains a ton of altitude. It's simply called "the Tünel."

- On this same street I bought a SIM card from a Kurd who spoke Persian. I can't quite explain the mind-f&#* that happens when someone speaks my mother tongue to me in a foreign place. I've never before been offered to sit for tea after buying a SIM card. It's the first time I've left a cell phone store feeling genuinely connected.

- I often went to Babylon, a live-music venue with a great line-up of local and international talent. I loved the crowd of friendly people. The cigarette smoke was so dense that I had to breathe through a napkin. 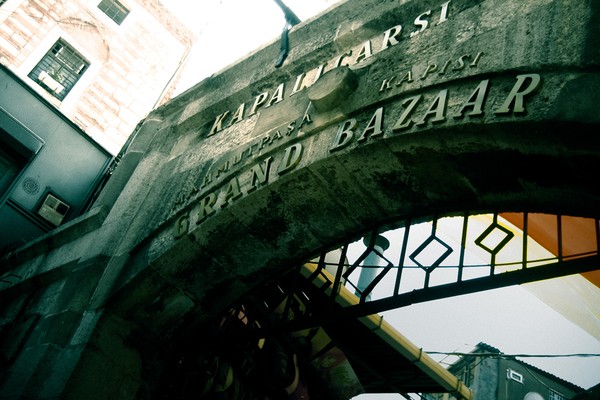 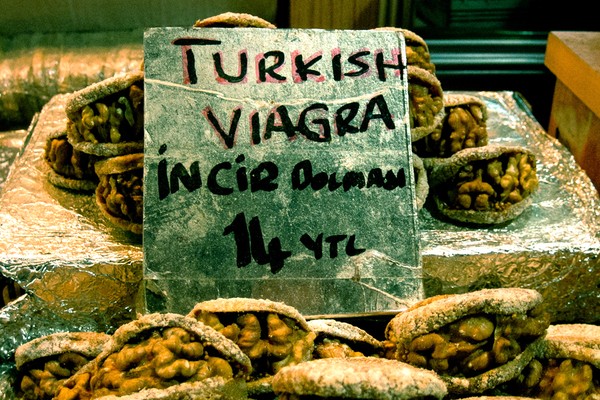 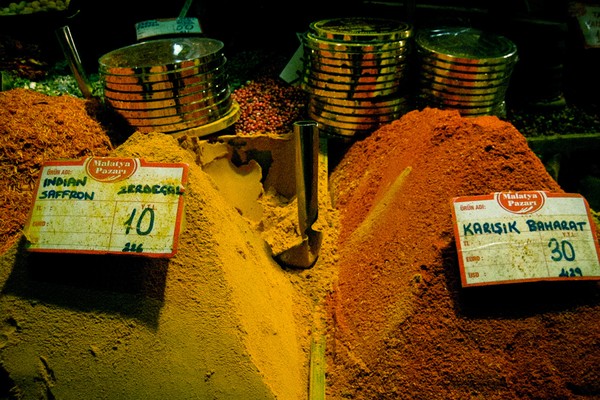 - Spice Market and the Grand Bazaar. HELLO?? I totally resisted going because I knew it was going to be a tourist trap. "My friend, my friend, come look at this leather jacket." I ended up accompanying Jeffrey's wife Esra and had the most incredible time, not half of which was related to the fact that everyone thought I was Italian. "Carpet-o, carpet-o." This place is larger than some cities. I met more people who spoke Persian, which continued to surprise me and always warm the heart. There are more than 3,000 stores inside the Bazaar alone. It took all I had to resist buying vintage clothes. Instead I bought soap, which of course I forgot at the hotel.

- The poor, young people I spoke with hate living here. They want to leave. The separation of wealth here is astounding and very  in-your-face. I noticed that getting wealthy seems to wipe away one's color. All the wealthy people acted the same as super-wealthies in any other city. They no longer seemed Turkish; their heritage was either wiped clean or kept hidden from their public-facing persona. 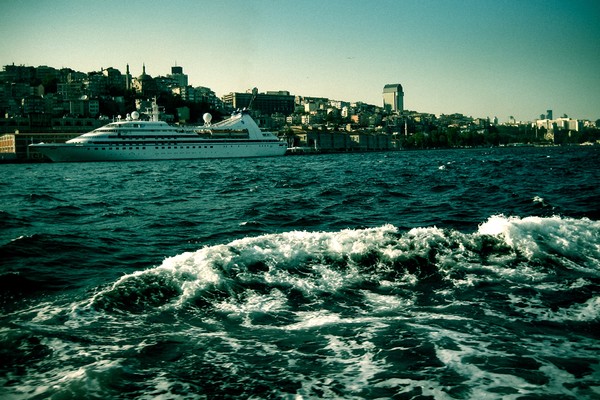 - Lamb. Lamb. Lamb. I started eating lamb about six months ago. Just in time. Lamb. Lamb. I gained close to seven pounds. My favorite lamb experience was at an establishment (an institution, really) called Hamdi, a three-story restaurant on the Asian side of the Bosphorus. The top floor is essentially a greenhouse with spectacular views of the river and sunset. Service is festive and the dishes are delicious. Arak flows quite freely and if you don't know your limits you can get into trouble quickly. Make a reservation if you want to eat on the top floor.

- I went to Nisantasi Spa in the Sofa Hotel, an underground spa filled with bizarre torture devices I had never seen before. I saw a machine that looks like a can of Red Bull. You step into this machine and it reverses the pressure on the lower half of your body. Another room had been set up as a mock Turkish jail with an extreme high-pressure water cannon. You walk to the other end of the room, and they aim for your cellulite. The facial room was clearly modeled after the sick bay of Star Trek. You give a skin sample for analysis, then come back the next day for your customized treatment. No manicures, however. 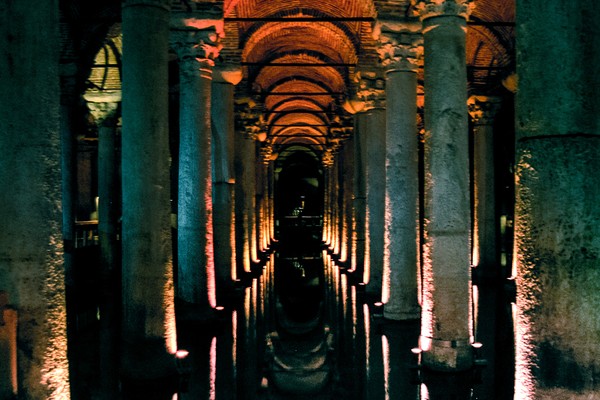 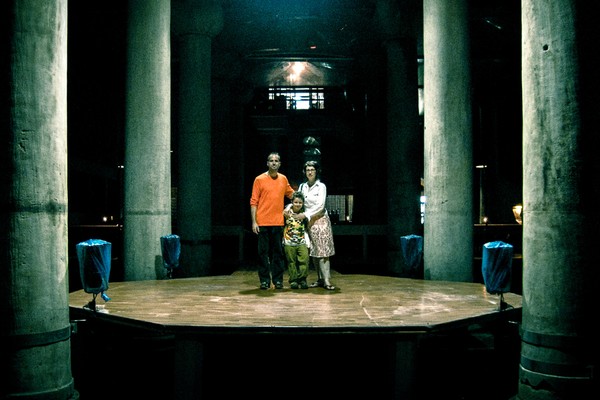 Jeffrey, Esra, and Shems Baykal-Rollins in the awesome underground cistern.

- Jeffrey's family took me to a massive underground cistern a few hundred feet from the Hagia Sophia. It's an incredible, centuries-old underground water-world of columns. It was built by slaves (of course) and looks like a cathedral.

- "Allah u Akbar!" I didn't have a digital recorder to record the acoustically perfect prayers read in mosques and broadcasted throughout the city. Imagine all the royalty-free singing you could need for your next Islamic Euro-Dance remix. Goosebumps. 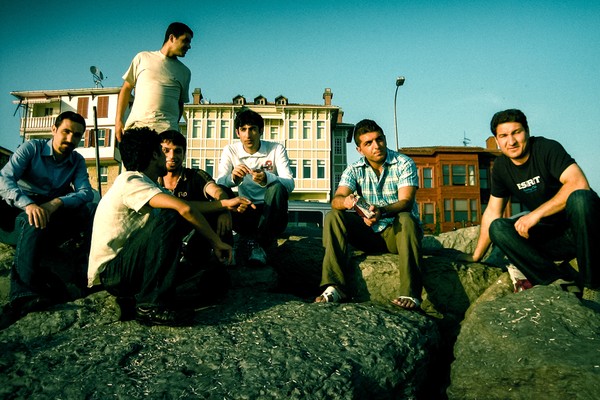 - I noticed traditional Muslim men and women holding hands. I had never seen young Muslim couples risk showing affection so publicly, and it is this mix of the religious and secular that adds magic to this place. Muslim men will hold other men's hands freely and without repercussions.

- The sanitation department workers in Istanblul wear the most awesome orange jumpsuits with reflective panels. I had to get one. Instead of hitting the Prada store, I headed downtown to the industrial neighborhood. Imagine if Home Depot exploded and each department became a super-specialized independent shop. A sketch I made of the garbage man led me to the right vendor. 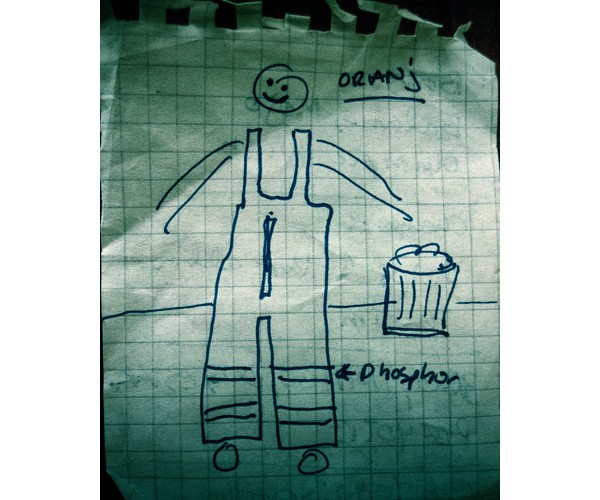 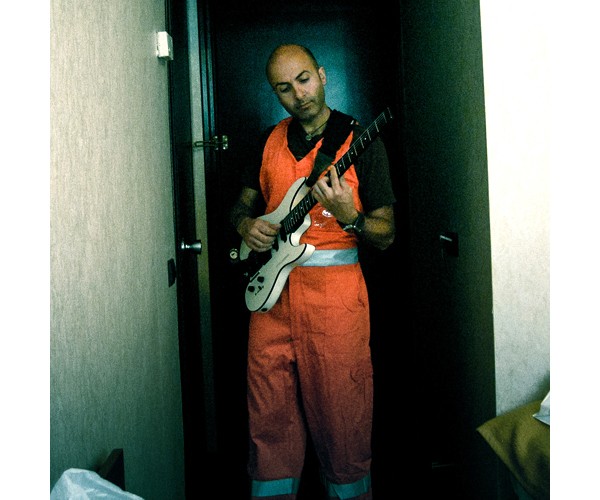 - A few days after I left Istanbul, someone detonated a bomb at the Eminonu bus terminal I frequented. There's tension in Istanbul and it's palpable. It's visible in the separation of wealth, in the unemployment, the hopelessness of young people, and in the way their education and college system works, which, from what I understand, does not allow for flexibility. At the same time, there is art, dance, beauty, technology, and a culture of hospitality. I found tension and robustness in this hybrid culture. It's a challenge to experience.

Reflecting on Istanbul, the warmth, vigor, diversity, beauty, stench, danger, and history of this place really highlights what I am missing at home in Los Angeles, showing me that day-to-day human contact is essential and that  the anesthetized Los Angeles life has hidden costs I'm unhappy to have paid. 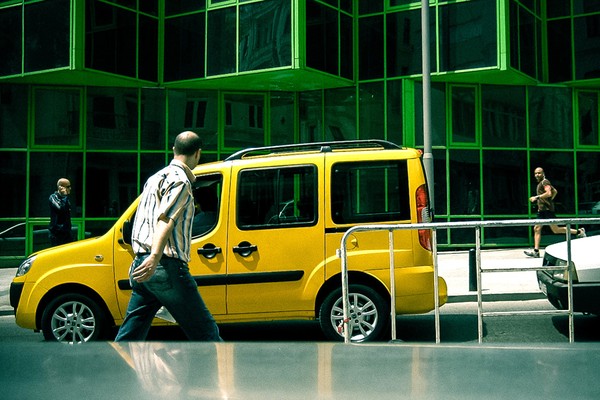 Before I left for the rest of my European trip, a friend reminded that I go running in the cities I visited because unless you use your own legs to get around a place, you don't really get to know it. So every morning I ran through town. I looked like a total idiot, especially in Istanbul, which was great. Running in the streets became some of my fondest memories. Especially running past that cell phone shop: Despite only having ever bought one SIM card, I was invited in for tea every time I passed.