Get out of your element. And into a bikini in below-freezing conditions. Or into a trance listening to spacey melodies. Or into a jumble trying to pronounce what you want for lunch. As far-out as you're feeling gazing up into the colorful, wavy beyond, you're only in Iceland. And what a great thing that is.

ICELAND – Twenty-four hours of summer daylight makes you feel like you're close to touching the sun. Behold otherworldly terrain: black volcanic lava beaches, spacey igneous rocks and jagged glacier ridges. Be on the lookout for extraterrestrials (trolls and elves!) in one of the country's many magical regions, which the locals call alagablettir.

Ion Luxury Adventure Hotel
Nesjavollum vid Thingvallavatn; +354-482-3415
Begin your journey to the center of the Earth at nearby Thingvellir National Park, where the Eurasian and North American tectonic plates meet. By summer, snorkel in crystal-clear waters along Silfra fissure or hike Langjökull glacier. Come winter, watch the sun set from a naturally heated outdoor pool, then cozy up at the hotel bar to admire the aurora borealis through floor-to-ceiling windows. The once-abandoned inn stands alone in a desolate planet landscape of moss-covered lava rocks and was renovated in 2011 with reclaimed driftwood, lava, and Icelandic wool. Amenities are made from Icelandic herbs. 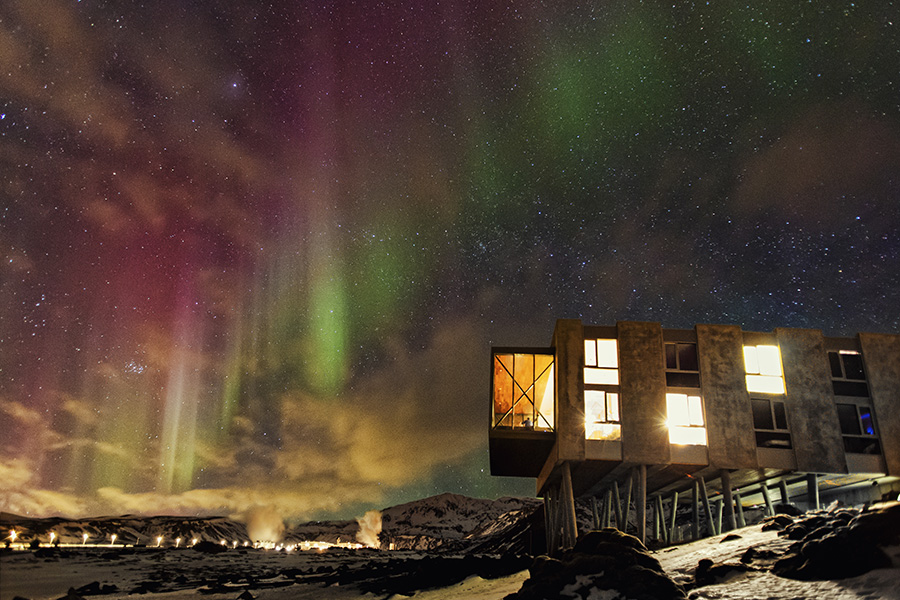 Kolaportid Flea Market
Tryggvagötu 19; +354-562-5030
Icelandic delicacies are out of this world. Think dried fish (hardfiskur), fermented shark (kæstur hákarl), and guille­mot eggs (svartfugl), but also delightful skyr yogurt, cheeses, and fresh licorice (the best brand to get is Apollo). Find it all at the indoor food hall located in Reykjavik's old harbor. While there, you'll see locals trading their old treasures and selling handcrafted volcanic ash-glazed ceramics. Open on weekends from 11 a.m. to 5 p.m. 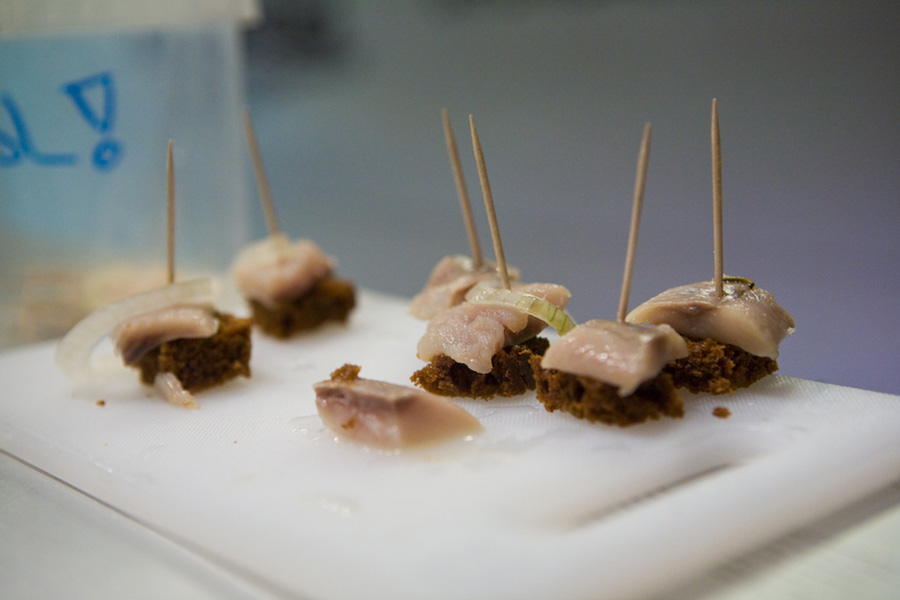 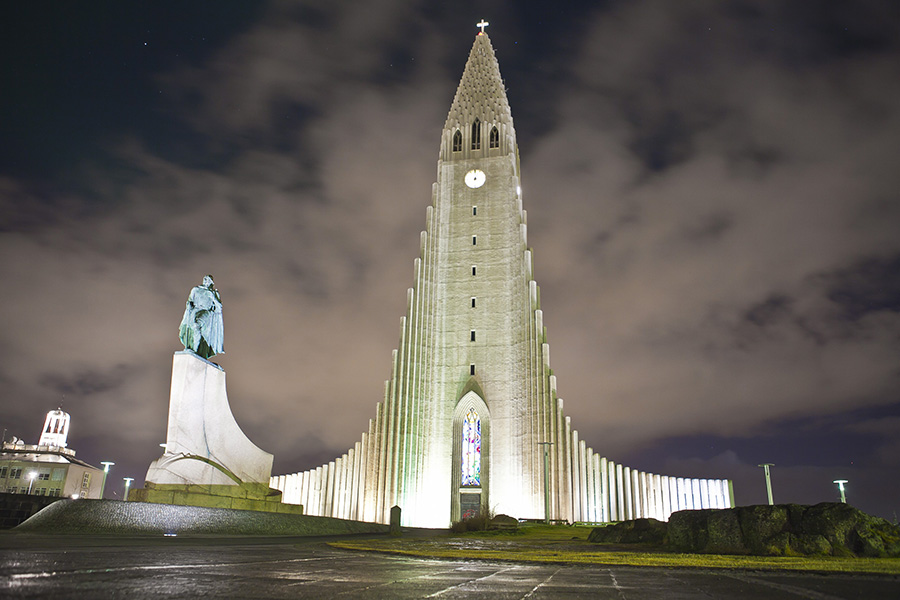 Hallgrímskirkja Church
Hallgrímstorg 1; +354-510-1000
They say the design was inspired by basalt lava formations, but Iceland's biggest church looks an awful lot like a rocket ship. Marvel at the grand fifteen-meter-tall pipe organ and take a lift up the bell tower for panoramic views of Reykavjík and the surrounding landscape. Catch a choral performance or see the resident organist bust out spacey melodies. During winter months when the church is illuminated, it looks like an ice castle.

Hot Spring Hopping
Volcanic activity pulses under the island, producing geothermal energy that powers Iceland's many naturally heated pools year-round. Packing a bikini is a must, even in February. Skip the crowded Blue Lagoon and head north to the Mývatn Nature Baths or south to Secret Lagoon in Flúðir. When you're surrounded by bubbling geysers, the slight scent of sulfur and the northern lights coloring the sky above, it's not hard to imagine that life is possible, and probably very enjoyable, on one of those gaseous planets out there. 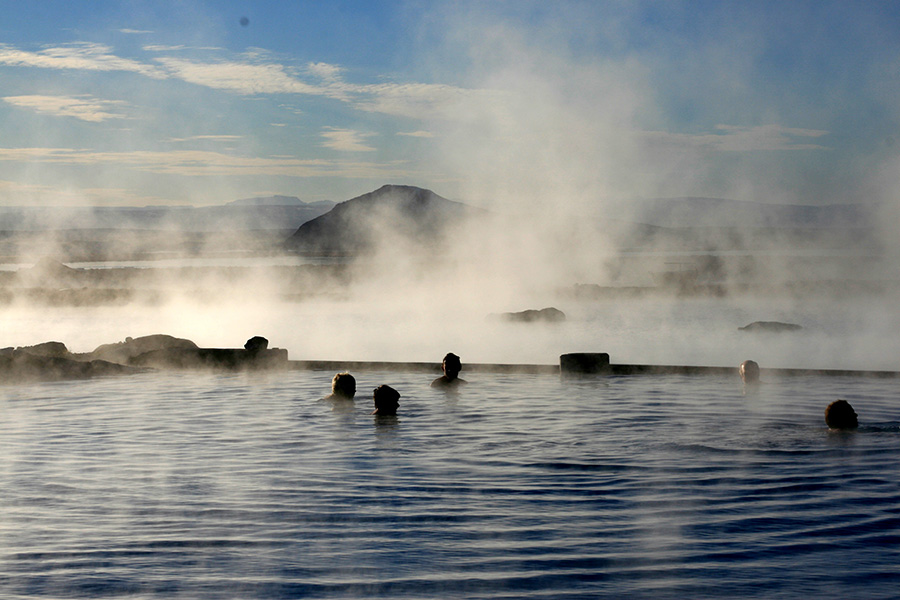 Unwind. Neck back. Eyes gazing into the blue beyond. Photo courtesy of Mývatn Nature Baths. 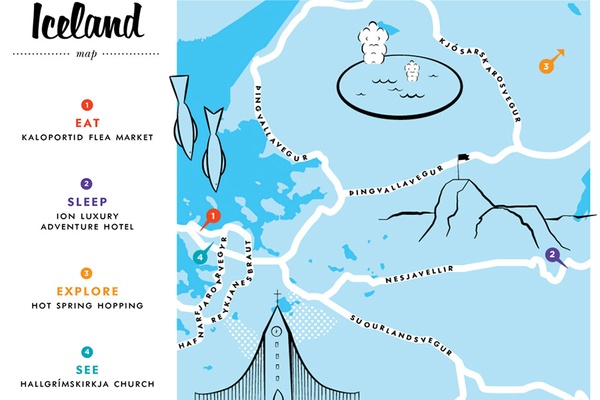