Indian, African, French, Spanish, Dutch, and Caribbean cultures mesh together in Trinidad and Tobago. The island's eclectic ancestry can be tasted in unorthodox culinary concoctions and heard and seen in the music and dance of Carnival. Writer and record collector Jonathan Kirby gets off his beach chair to dive into the mix.

TRINIDAD AND TOBAGO, The Caribbean – Trinidad is the last island in the string of the West Indies. At the closest point, it is only seven miles from Venezuela. And like Venezuela, Trinidad has HUGE oil reserves, more than any other island in the Caribbean. This means they laugh when you ask if they recycle plastic. Petroleum is one of the main reasons that tourism is not an over-emphasized industry in Trinidad. BUT. Trinidad (and the sister landmass Tobago, technically one country) are an amazing synthesis of cultures, mountains, and beautiful beaches. 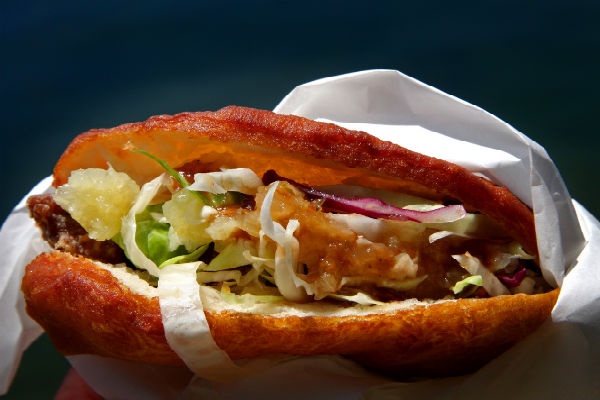 When slavery was abolished in the British colonies, someone made the decision to bring tens of thousands of laborers over from India. As a result, there are as many Trinidadians of Indian descent as there are those of African descent, and as many of mixed ethnicity. The food tastes like Jamaican food stuffed inside of Indian food. Literally. Chickpeas and yam and curried goat are found inside flaky indian flat breads called roti; fried shark meat comes in a chewy bun dressed with salad and pineapple and is called Bake and Shark; there are all kind of other nutty things, indigenous to Trinidad only.

The music includes a lot of steel drums, but instead of sounding like some kind of cornball cruise ship outfit or bootleg Jimmy Buffett concert, it's like seeing Barry White and the Love Unlimited Orchestra bang out long, progressive pieces of complex music. It just happens to be on steel drums. There are places called pan yards where you can go listen to this for free and buy beer out of little jail-bar protected beverage retailers. There is a type of music called Soca, which is literally "Soul-Calypso" and a new fusion called "Chutney Soca" which integrates elements of Bollywood-esque music. You can see where things would go from there, in every facet of life. 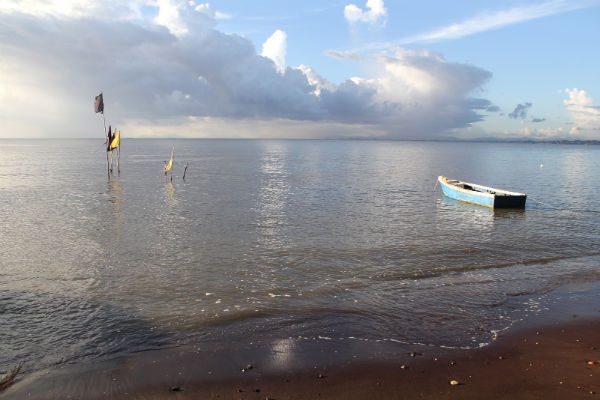 The capital, Port of Spain, is a huge commercial center, and has an electricity not unlike New York City. Still, it is easy to steal away to calmer portions of the island. For the real rustic lifestyle, there is Tobago, literally a $25 flight (lasting about ten minutes) where it is Jurassic Park-rustic. This is the Caribbean most imagine, but it still carries a little Trini flame and flare. There are block parties; people hunt iguanas for food; there are old military strongholds that various global powers moved into and then got ran out of, like colonial hermit crabs. Pretty fascinating history. 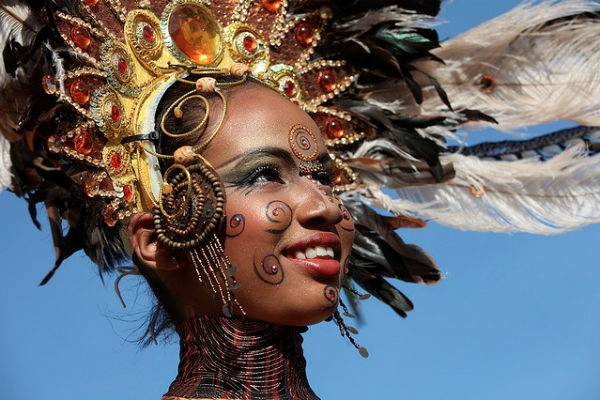 They also have a big-ass party every year called Carnival, but I enjoyed going in the months leading up to it, because it was getting electric without being too hectic. Everyone down here thought I was crazy for skipping Carnival. But you've got to listen to the beat of your own steel drum.

The calmer portion of the island.

Nightfall in the country's electric capital.

Indian food in the Caribbean?

Live music, a cold beer, and an open dance floor await at the pan yard.