For a cosmic connection to nature and sky, head to the mostly uninhabited island of Vieques, Puerto Rico.

Mosquito Bay
Isla de Vieques, Puerto Rico
The Bio Bay is a rare ecosystem and possibly the most luminous bay anywhere on earth. The unique shape of the waterway and its ring of mangrove trees keeps the concentration of neon microorganisms very high. As the hours grow later and the sky grows blacker, the water takes on a radiant, bioluminescent quality. Consult the moon calendar and arrange a visit about six weeks in advance (for conservation purposes, kayaking is limited) under a tapestry of stars. 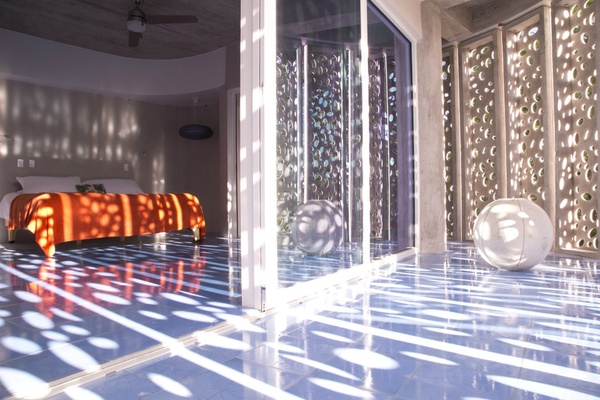 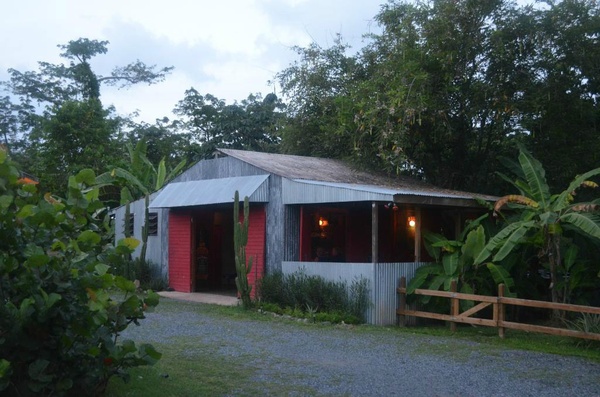 Tin Box
Route 201 and 996, Isla de Vieques, Puerto Rico; +787-741-7700
Nestled in the jungle — just above a little organic farm and below a canopy of trees — is a corrugated bar serving hand-picked organic greens, slow-cooked ribs, and an assortment of oysters on the half shell. Fresh planters punch and watermelon margaritas go well with tacos and the nightly ribbits of the bullfrog.

Yoga Class
Hix Island House, carr. 995, km 1.5, Isla Vieques, Puerto Rico; +787-741-2302
Tap into the universe within at a class in the open-air yoga studio at Hix Island House, a small retreat following the rules of wabi-sabi (which only allows for decor integral to buildings). The look is earthy and beautifully imperfect. Classes are open to the public and 90-minutes long — among the chirping birds and a bustling breeze. When you’re finished, ask to take a peek at Casa Solaris, the Caribbean’s first free-standing, off-the-grid, solar-run guest house. 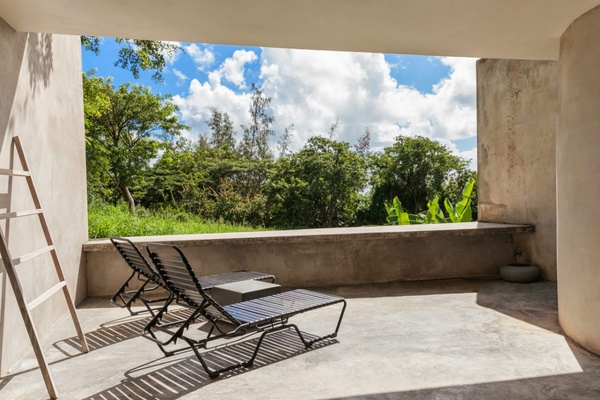 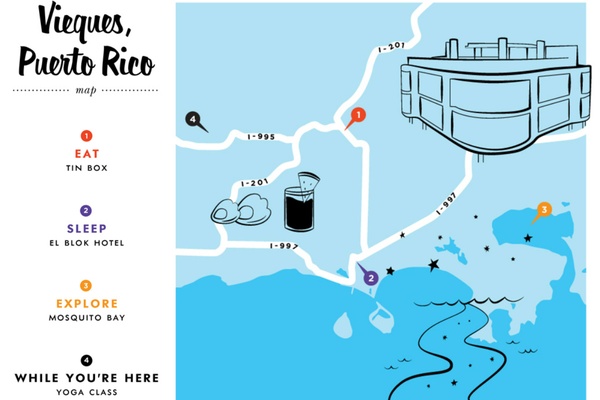