While staying at Blancaneaux Lodge, Kate Donnelly got a good look at the rich biodiversity in Belize's Cayo District. Cue the ancient ruins and wild animals.

CAYO DISTRICT, Belize – Belize is small, unspoiled, and relatively unexplored. It's an ideal destination for the traveller who wants to experience the best of two worlds: crystal blue Caribbean waters teeming with coral reef and dense forests and broadleaf jungles. Belize's extraordinary resources are miraculously at your disposal. Take advantage.

The many natural and cultural curiosities in the Cayo District include ancient Mayan cities, mysterious caves, dozens of spectacular waterfalls, hundreds of native orchids, brightly colored bird species (nearly 600 so far), butterflies, raptors and vultures, the elusive jaguar, and the endangered scarlet macaw. 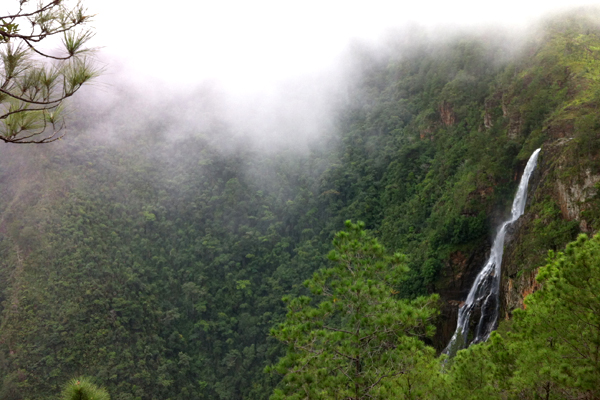 Waterfalls in the lush rain forest. Photos by Kate Donnelly unless indicated otherwise. 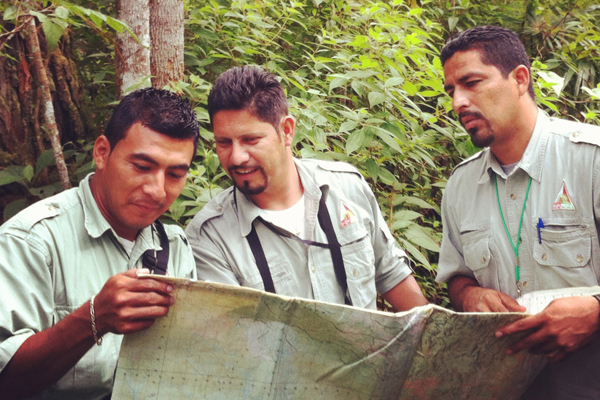 The country's rich history, biodiversity, and conservation efforts are all fantastically alive and navigable via 4-wheel drive, a good pair of binoculars, your camera, mosquito repellant (try the native copal, a tree resin which wards off insects), one conservation officer (Roni), and three expert guides who can identify anything (like Jorge, Geraldo, and Eddie) from Blancaneaux Lodge, where I was staying. (Read her Blancaneaux postcard.)

Because the 12/21/12 apocalypse didn't happen, you can still channel your inner archeologist, starting at The Rio Frio Cave ("Cold River") for a glimpse into the sacred Mayan culture. Its signature mouth, a 65-foot arched entrance with dangling vines conjures an Indiana Jones film set. Natural light and darkness magically converge. Armed Forest Ranger guards stand outside, and inside, the walls are wondrously smooth and sharp, with massive stalactites dripping from the native limestone ceiling like giant icicles. A stream flows below, forming pools with surrounding cascading falls. A sandy "beach" area rests at the bottom of the rocks. It's oddly surreal and fascinatingly beautiful. 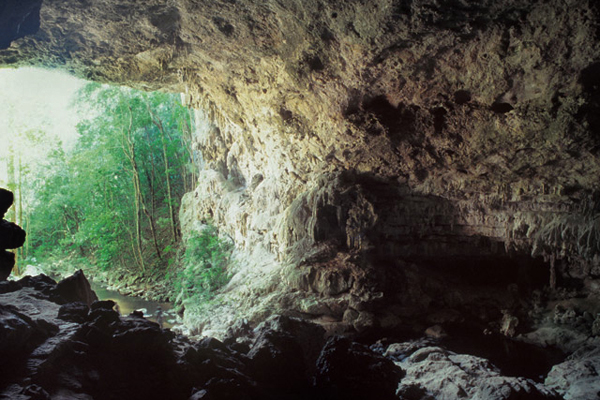 From Rio Frio Caves, we drive through winding roads toward Caracol, the largest archeological site in Belize, watching the outside scenery dramatically shift from pine ridge habitat to moist, leafy rainforest. Sitting shotgun, our insightful guide Jorge tells me to keep my eyes peeled for a jaguar or a Tata Duende, the elf-like forest spirit with no thumbs and backwards feet. Legend has it that this mischievous mythological creature takes small children in the forest where he steals their thumbs. I'll hold onto my mine . . . for now. 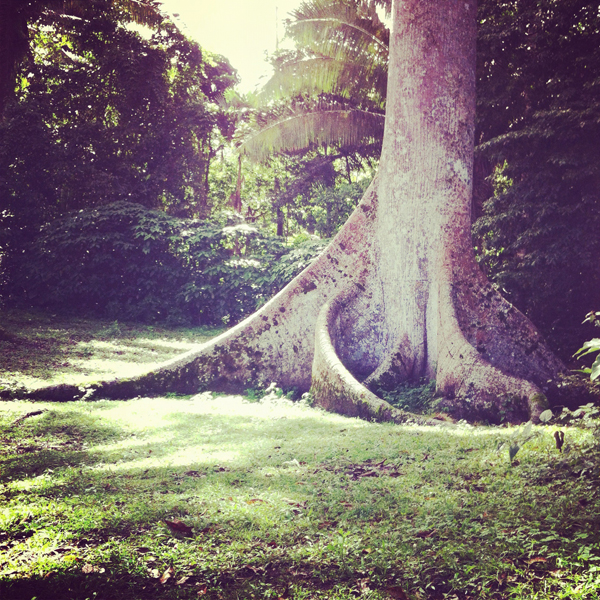 The mighty ceiba, the tree of life.

Caracol is a different type of movie set. Rediscovered in 1936 and currently under excavation, the site encompasses more than 30-square miles of high-canopy jungle. It's not terribly huge, but the excavation is spectacular. The Maya inhabited Caracol between A.D. 650 and 700 and produced a mind-blowing population of around 150,000. I'm transported back into time, respectful of the advanced symbolisms of their hieroglyphic texts on altars, ball-court markers, and walls. Most spiritual and awe-inspiring of all is the majestic and towering Ceiba (aka the Tree of Life), trees Mayans believed were a scared link between heavens and the underworld. 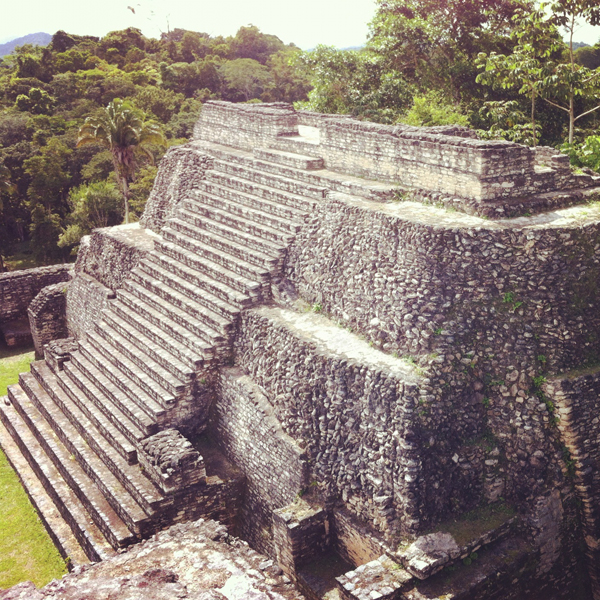 Caana. Below, the guys climbing up the temple.

Carcaol's Caana (Sky Place) temple stands at 14 floors. We climb the massive stone temple with almost obliged reverence (due to the size of the steps) and find at the top sweeping blue skies and a sea of emerald forest. It's an exhilarating workout.

Back on the ground, the spoils of the modern world await. We sit down for an on-site gourmet picnic lunch of fresh tortilla chips and salsa, smoked chicken sandwiches, pasta salad, and freshly baked chocolate-chip cookies. Howler monkeys roar and laugh nearby, composing a tune whose acoustics might rival the Jurassic Park soundtrack. The day provides enough stories to fill half your travel journal.

- Hop a hand-cranked ferry across the Mopán River to Xunantunich (Maiden of the Rock), a Mayan site close to the Guatemala border known for more stunning panoramic views of the surrounding Mopan and Belize River valleys and sprawling jungle.

- Embark on a full day trip to Tikal, Guatemala, which is recognized as one of archeological wonders of the Americas and considered one of the most visually stunning sites of the Maya world. (Tikal gets much more crowded than Caracol.)

- Take a two-mile deep canoe trip through Barton Creek Cave, an Mayan ceremonial site. Skeletal remains and pottery shards stand as witnesses of this cave's use as a connection to the Maya watery underworld of Xibalba.

Just as remarkable as the passing picture show, Belize is alive with glorious wildlife. Out in the field, entertain your chances of spotting raptors and rare, endangered species like the solitary eagle, orange-breasted falcon, and Stygian owl. Even if you aren't a bird person, you will stand in awe of these species and bask in the delight of others. Exhibit A: My travel pal when he spotted his first keel-billed toucan, the national bird of Belize.

Our Toyota Prado plows along, and Roni tells us about the Jaguar Project, a yearly survey of 35 stations with 70 infrared motion-sensitive camera traps, which document and record data on the elusive jaguar and other forest wildlife. The project is the brainchild of Professor Marcella Kelly of Virginia Tech's Department of Fish and Wildlife Conservation. To reach a station, we plow through the jungle's thicket. Roni clears the rest of the way with a machete, revealing the cameras. He then downloads data from a memory card and pops it into his computer. Although human sightings of jags are rare, anticipation is always high — only a handful of guides can count on their fingers the times they've caught a jaguar glimpse. Today, there are no jag images, though we see lots of pumas, ocelots, and Baird's tapir, the national animal of Belize. 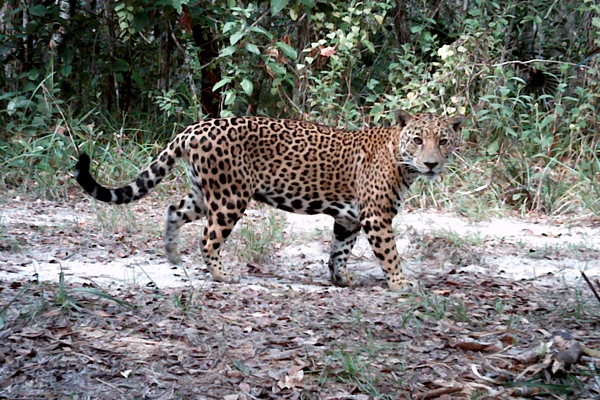 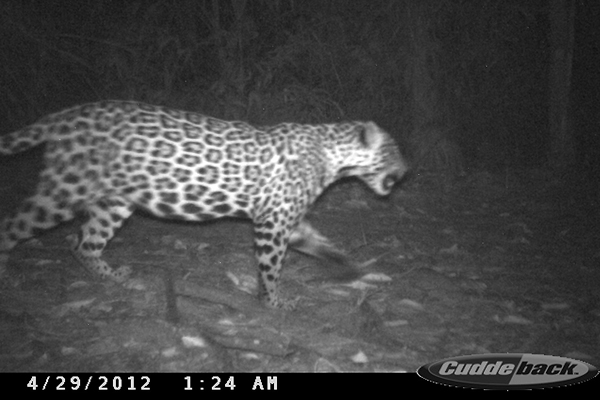 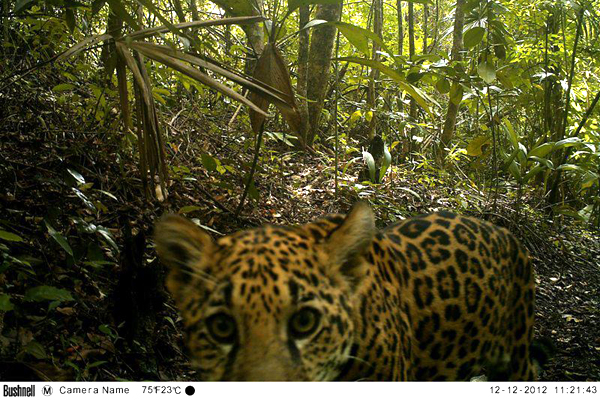 Jaguars caught on camera and on infrared. Photos courtesy the Jaguar Project. 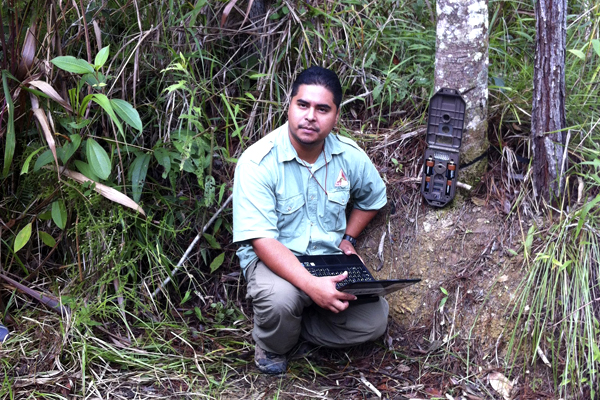 Lunch falls at the southern edge of Mountain Pine Ridge. The view is stunning, beauty spanning as far as the eye can see — over the expansive Chiquibul Forest to the Main Divide of the Maya Mountain and monumental Victoria Peak. The sky darkens and a cool, windy rainstorm moves in. It hardly dampens the spirit as we sit eat yet another gourmet picnic lunch under a canopy. A little rain never hurt anyone, though sitting fireside with hot chocolate at Blancaneaux beckons. We forget the rain and laugh as we exchange stories and I take my best attempt at the local Belizean Kriol language with our guides. They are great sports. 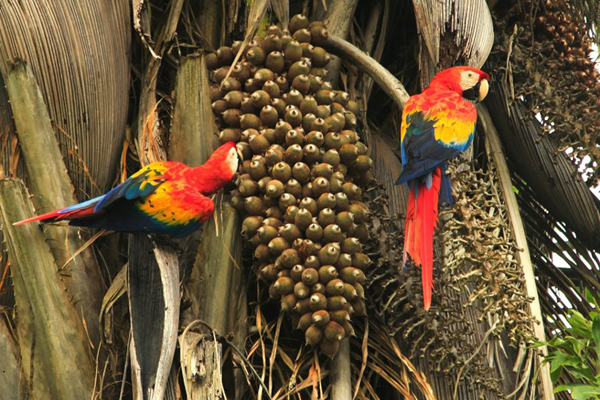 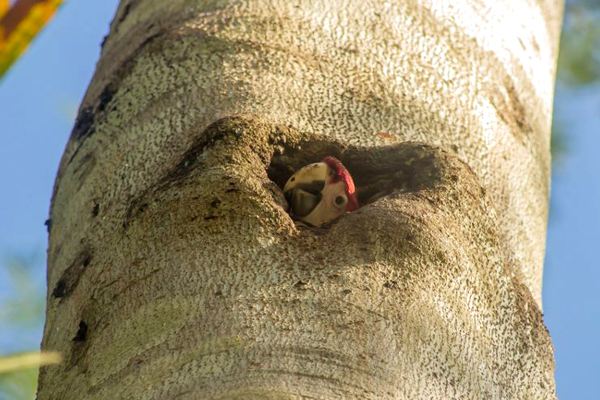 Deep in the heart of the Maya Mountains sits the 264,000-acre Chiquibul Forest, Belize's largest protected area. This is the prized breeding ground of Belize's endangered species, the dazzlingly beautiful scarlet macaw, a vibrant member of the parrot family that depends on the Quamwood tree's soft wood to nest. In Mayan tradition, the scarlet macaw represented the rising sun. Macaws are also fantastically monogamous and stay with the same mate until one of them dies. Like any massive tropical area with such sacred wildlife, there comes a high risk of hunting for food and the troubling reality of poaching nestlings and young chicks for the exotic pet trade black market.

Wildlife biologists and local villagers monitor scarlet macaws and tag them with satellite telemetry collars to capture data on their daily movements. This is crucial for deciphering their movement patterns and feeding grounds, as well as their exact migration route over the Maya Mountains. Monitoring expeditions will continue as the breeding season draws to an end.

Thanks to aggressive conservation efforts carried out by joint government/biological and private sector entities, illegal poachers were caught climbing nests. This prompted intervention by FCD (Friends for Conservation and Development) national park rangers, who teamed up with a Joint Forces Unit (composed of army, immigration, and police) to protect macaws from poachers. More needs to be done, like hiring more full-time rangers during nesting season, and purchasing more monitoring equipment and supplies for rangers and volunteers. Of course, expanding environmental education for residents of Belize and Guatemala will create deeper awareness and support for conservation efforts.