After a weekend exploring the historical side of Savannah, Fathom editor Berit Baugher checked-out the city's up-and-coming design scene.

SAVANNAH – Rarely do I visit a new city and wing it. I'm the type of traveler that plots, plans, and pins in preparation. But occasionally, a travel opportunity arises in which someone else is making the hotel and dinner reservations.

Such was the case with my first visit to Savannah, Georgia, a city I knew very little about and had next to no time to research. It was the middle of a busy month filled with travel. I squeezed in three days in to celebrate the impending nuptials of a childhood friend. Everything from rooms at The Marshall House to pre-dinner drinks at Planters Tavern was planned in advance, making it one of the most seamless (and fun) bachelorette weekends on record. Knowing I would want to see Savannah on my own terms, I booked an extra day after the festivities. My big takeaway: The traditional southern city, with its moss-adorned oak trees, wide porches, and humid air, is surprisingly modern with a thriving design scene. 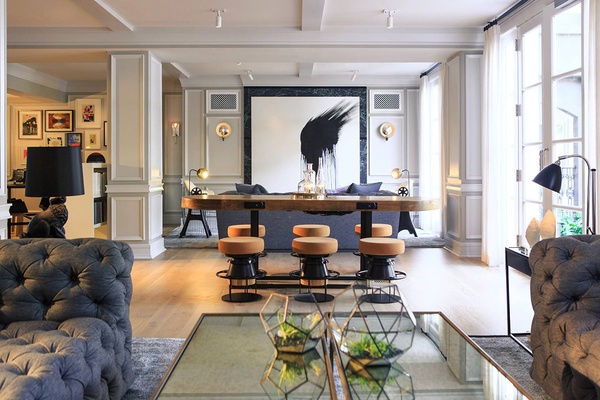 The lobby at The Brice. Photo courtesy of Kimpton Hotels.

The Brice
601 East Bay St.; +1-912-238-1200
I loved The Marshall House with its traditional interiors and Civil War-era ghosts, but next time I'll stay here for a modern take on an old-fashioned city. Housed in a former Coca-Cola plant, it was deep in the construction phase when I visited but has since opened with one of the city's few swimming pools, a fleet of cherry-red Public cruisers, and a bow tie-adorned staff. It's also rumored to have its own army of ghosts — of the equine variety. 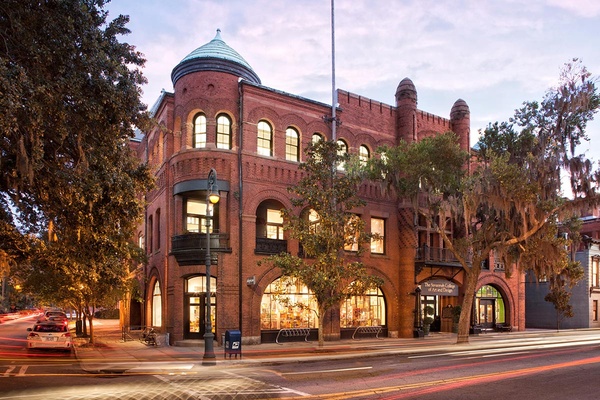 Savannah College of Art and Design (SCAD)
342 Bull St.; +1-912-525-5100
The relatively young university (founded in 1978) is one of the country's top art schools, specializing in everything from photography and graphic design to historical preservation. With nearly 70 historic renovations under its belt, the university's largely responsible for preserving the neighborhood's architectural heritage and clearly yields influence all over the city. 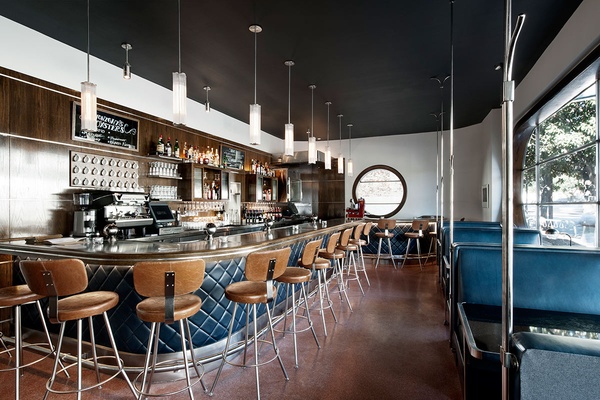 An interior shot of the former Greyhound Bus Station. Photo courtesy of The Grey.

The Grey
109 Martin Luther King Jr. Blvd.; +1-912-662-5999
A landmarked 1938 Greyhound bus terminal has been converted into a gorgeous new restaurant where chef Mashama Bailey (a local girl who used to cook at Prune in NYC) is turning out Southern food with a New York attitude. It has already been nominated for a James Beard award for restaurant design, but it's all about the food: smoky pig with fried egg, hot buns and red pepper jelly, chicken schnitzel with white BBQ sauce. With the weather heating up, head outside to the Yard to eat al fresco.

Gryphon Tea Room
337 Bull St.; +1-912-525-5880
Floor-to-ceiling mahogany bookshelves line the walls of the tea room, once a turn-of-the-century pharmacy. It's a cute spot for a bite to eat or casual afternoon tea. The restaurant is run by SCAD and staffed with former and current students who should probably be thanks for the contemporary art scattered about and expertly preserved stained glass windows. 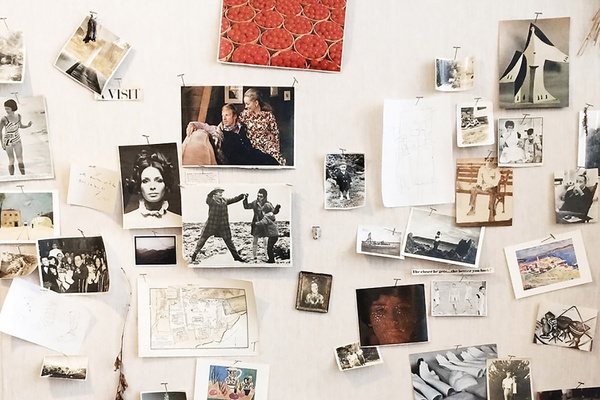 Chocolat by Adam Uroni
323 West Broughton St.; +1-912-335-2914
A darling chocolate atelier with the most exquisite creations. The little pieces of art are so nice to look at, you'll almost feel bad eating them. Great for gifts or a quick sugar fix.

ShopSCAD
340 Bull St.; +1-912-525-5180
The gallery/shop is stocked with art and products exclusively made by SCAD students and alumni. You may recognize a few of the brands (Flea Bags, You Smell, HumbleLove), but most everything was new to me.

Sylvester & Co. Modern General
205 W. Broughton St.; +1-912-236-1150
Their flagship store in Sag Harbor is a personal favorite, so it was fun (and surprising) to encounter another one down south. They have beautiful furniture and a lovely selection of what they call "life supplies" (steel first aid kits, Laguiole corkscrews, Turkish towels, and artisan maple syrup). Head to the coffee bar in the back for a selection of cookies and Red Thread Good coffee.

The Paris Market
36 W. Broughton St.; +1-912-232-1500
Three visits in one day should sum up how much I love this store. It reminds me of Anthroplogie's home section, but with a Parisian flea market twist. Next time I'll swing by the adjacent cafe for sandwiches and a glass of lavender garden tea from popular Back in the Day Bakery.