Fathom likes to get around, and that means virtually, too. We recently started syndicating our stories on Yahoo Travel, and are happy in turn to republish a piece by our pal Paula Froelich, the site's new editor-in-chief.

When my mother first found out I was traveling to Iraq, she flipped out.

"What? Iraq? Are you nuts?" she said. "What the (expletive) do you want to go there for? Can't you just go to a nice beach somewhere?!"

This reaction became a common refrain among my family and friends, but I went anyway. And, frankly, I had a lovely time.

Three years later, my taste for adventure and travels in places rife with civil unrest has become old hat, and my family, for the most part, is inured to my announcements of "Guess where I just booked a ticket to?"

A lot of people don't understand why I love the far-flung corners of the earth that typically have not yet adopted indoor plumbing.

I don't do it for the attention. Nor do I go for any sort of rush, although I'll admit the prospect of having a bomb go off in the distance definitely gets your pulse racing. I do it to explore. I do it to learn. I do it because it is interesting. And I do it because it makes me come alive. I find archaeological digs — and I'd rather go by camel than car.

I'm not alone. Adventure travelers spent more than $263 billion on travel in 2012, according to the Adventure Travel Trade Association, and the number continues to grow every year.

And so, I present to you some trips I've been on — and some that I haven't — that you will never believe are actually available, let alone worth the trek. 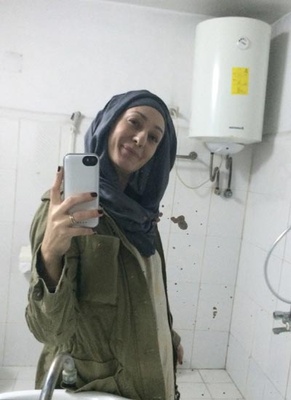 Why Go? Because, if Saddam Hussein had been a smart man, Iraq would have been bigger than Egypt for historical monument travel. The country is the cradle of civilization and home to everything you read about in the Old Testament: Babylon, the Garden of Eden, the Ziggurat of Ur, Abraham's birth place, and the (supposed) site where Noah built the Ark. Beyond the Bible, there are the archaeological digs of Ashur and Nineveh as well as the jaw-droppingly awesome site of the Nimrud Palace, some of which was hauled off to adorn the walls of the Metropolitan Museum of Art in New York. And bonus: There's the ultimate real estate porn experience of being able to prance around Saddam Hussein's palaces.

Drawbacks: Iraq doesn't give out single visas, so you must go with a tour group. Due to the long distances between archaeological sites, you can be stuck in tight quarters on a bus with people for 10 hours at a stretch. Bring headphones and a meditational tape. It will help. Most of the time.

Even though the war is technically over, Iraq is constantly hovering on the verge of their own civil war. While there are armed escorts with the bus tours, you may hear bombs going off in the distance. If the tour guide tells you to move quickly — MOVE!

The Details: Currently, there are only two tour operators allowed to take tourists below Kurdistan: Hinterland Travels and Babel Tours. The accommodations are basic, the food is a choice between kebab or kebab (except for an occasional fish in Baghdad), and the cost is around $2,200. Worth every penny.

This winter, I went to check out the international Afghan Ski Challenge in Bamiyan, Afghanistan, at the same time my father doubled his dose of Lipitor. He claims the two events were directly related, but I'm skeptical. While there is still a war waging here, the northern part of the country is relatively safe. Herat, Mazaar-e-Sharif, and Bamiyan are relaxed (compared with the more stringent Kabul), and visitors can move freely about the towns. 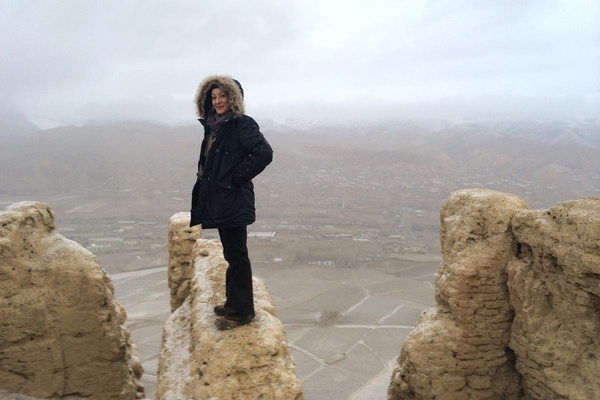 Why Go? This part of Afghanistan is historically important, and the Koh-e-Noor mountains provide some of the most beautiful scenery I have ever encountered. Set in the crux of the Silk Road, Bamiyan is home to the famed Buddha recesses (The Taliban blew up the huge Buddhas in 2001), and exploring the matrix of caves used by ancient Silk Road travelers is exhilarating. There are also the breathtaking ruins of Shar-e-Gholghola, aka the City Of Screams, which was decimated by Genghis Khan in the 13th century.

Drawbacks: To get to Bamiyan, you have to go through Kabul, which is tense right now, to say the least. Foreigners are being targeted and there is a palpable tension in the air.

The Details: I'd suggest arranging a visit with Untamed Borders, which does a great job leading the trips and dealing with logistics. Their guides are incredibly knowledgeable and personable. Like Iraq, the hotels are basic, and there is an obsession with kebabs. The showers in the guesthouses may not always be hot, but you will feel safe with Untamed Borders.

Now that the French have effectively booted the local branch of Al Qaeda from Timbuktu, Mali is finally starting to settle down. Before the civil unrest in 2013, Mali was considered one of the burgeoning places to go in West Africa. Upscale tour operators Abercrombie & Kent had added the country to their list of destinations, and Bono even sang at the Essakane Music Festival in 2012. That all ended abruptly when the Tuareg tribes revolted and Al Qaeda moved in. But now that things have started to relax again, tourists are trickling back.

Why? They say Mali is the Birthplace of the Blues, as some estimate that up to 80 percent of America's slaves came through the Salt Road, many through Mali. The music that started in this part of Africa ended up in America and is responsible for pretty much everything you listen to today. At Essakane — or in any club in Bamako, Segou, or in any town along the Niger — when the music starts, you know inherently what it is. It is aural history. And, of course, there is the UNESCO mud mosque in Djenne, the desert elephants in the East, and the famed town of Timbuktu. Because who hasn't, at one point in their life, just wanted to chuck it all and go to Timbuktu?

Drawbacks: Various terrorist groups are still lurking in the Sahara outside Timbuktu, and the Malian army has proved ineffectual against them. When the French finally leave, it is going to be a problem.

The Details: I arranged my trip with From Here 2 Timbuktu, which was fantastic. The guides, drivers, boat operators, and the cooks were stellar. 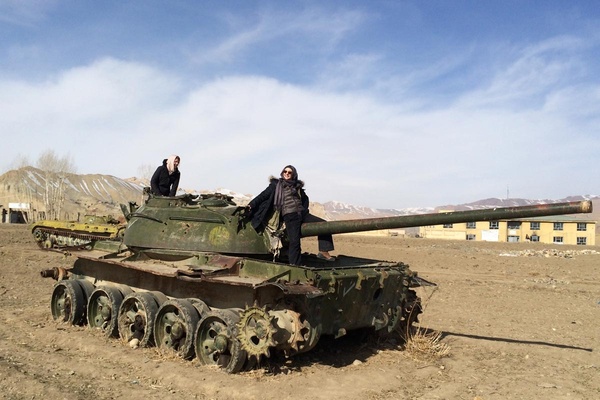 Why Go? "Seriously?" you may ask. And it's a fair question. Sure, the diminutive, basketball-loving dictator Kim Jong Un may say he hates America, but he loves the almighty dollar. Despite imprisoning several American visitors (one, tour leader Kenneth Bae, was sentenced to 15 years of hard labor for unspecified "hostile acts," while another, a former Korean War veteran, was freed after a month in detention), North Korea is still making a big push for the economic boost the greenback promises. Koryo Tours — pretty much the only tour group that gives Americans access to the Hermit Kingdom — has a host of trips you can take, including a Veterans Day Tour and a cycling tour. Sadly, the Mass Games, the socialized gymnastics/dance extravaganza, are not being held in 2014, but you can see behind the greatest iron curtain of our time and be thrust into a time warp that you have to experience to believe.

Drawbacks: Uh, major obstacles. North Korea has one of the worst human rights records on the planet and every penny that goes into the country supports the regime. Also, don't say anything bad about the country or mention you (or members of your family) fought in the Korean War. You may be detained indefinitely.

Why Go? Heimo Liendl, an Austrian doctor, went to Somalia in 2012 with Untamed Borders and took a swim in the ocean off the beach at Mogadishu. Liendl claimed he had a wonderful time, adding, "and as you know, Somalis are very beautiful people." But beyond the bragging rights of saying "I've been to Mogadishu!" the country has fascinating sites. There are the 9,000-year-old cave paintings at the Lass Geel complex, and it is said to be the site of the ancient Land of Punt and the medieval towns of Eyl and Barawa. 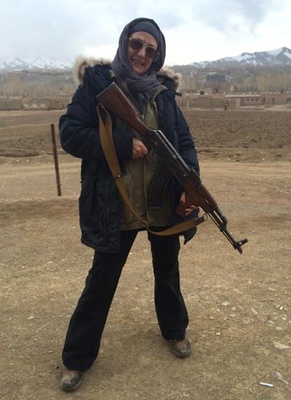 Honduras suffers from a seriously shady reputation. And it's well earned. While the overall homicide rate in Honduras has declined due to the flourishing drug trade, it is still the murder capital of the world. The violence has gotten so bad, some cruise lines recently stopped calling on the vacation town of Roatan after a Norwegian Cruise Line crew member was shot during an on-shore excursion in the famed beach town.

Why Go? You can see the great Mayan ruins of Copan, the waterfalls of Pulhapanzak, and the caves of Taulabe.

Drawbacks: The violence is now everywhere. Once an oasis of calm, the beaches, which provide major tourism dollars for the country, are now being targeted. Muggings are on the rise, and violent attacks on tourists have been reported.

The Details: Explore Honduras has treks throughout the country and even does tours of San Pedro Sula — the most dangerous city in the world.

Sure, Brazzaville is in the relatively tame Republic of Congo next door, but we're suggesting you visit the Kinshasa Congo to relive "the horror, the horror" of Joseph Conrad's Heart of Darkness.

Why Go? There is an allure of traveling to one of the most remote countries on Earth, which is home to the pygmy tribes of Lokuku who have had little to no contact with the outside world. There's also the wildlife. The Congo Basin — where there is some of central Africa's largest primate populations of western lowland gorillas and chimpanzees — is the world's second largest rainforest. You can travel along the Congo River through one of the deepest, darkest forests on Earth, and see a host of wildlife, including gorillas, elephants, chimpanzees, hippos, leopards, and okapis.

Fun fact: The Congo Basin is the only place with three subspecies of gorilla: the lowland gorilla, the endangered mountain gorilla, and the endemic eastern lowland gorilla.

Drawbacks: Unfortunately, ten million acres of habitat are harmed each year due to illegal logging, farming, mining, and guerilla (not gorilla) warfare. Speaking of guerillas, the DRC is rife with civil unrest and beset with massive corruption, poverty, and violence.

The Details: Book a room at the Mikeno Lodge within the Virunga National Park, a 90-minute drive from Goma, with gorgeous views of the rift valley and the Nyiragongo and Mikeno volcanoes. The lodge provides transportation to stellar gorilla trekking sites, organizes excursions, and helps you obtain the $495 per day gorilla trekking permit. If you want a guide for your whole stay, Undiscovered Destinations has several tours through the country.

InstaTrip: Forbidden Yet Familiar Places
North Korea: How to Help
How to Get into North Korea
Just Back From Uzbekistan