Contributing editor Malika Dalamal found her way from London to a hidden retreat on the Pacific Coast. She hasn't stopped talking it about it. For good reason.

CUIXMALA, Mexico – "How did you hear about us?"

This is the third time we have been asked this during the last week — each time with just a hint of suspicion — by the otherwise charming staff at this heavenly hideaway deep in the Jalisco state of Mexico on the wild Pacific coast.

It's not that they don't want us here; it's just that Cuixmala — a hotel made up of nine casitas and four private villas set on a sprawling 25,000 acre estate of land, lagoons, and beaches — is a relatively unpublicized secret, and they genuinely want to know how we found them. 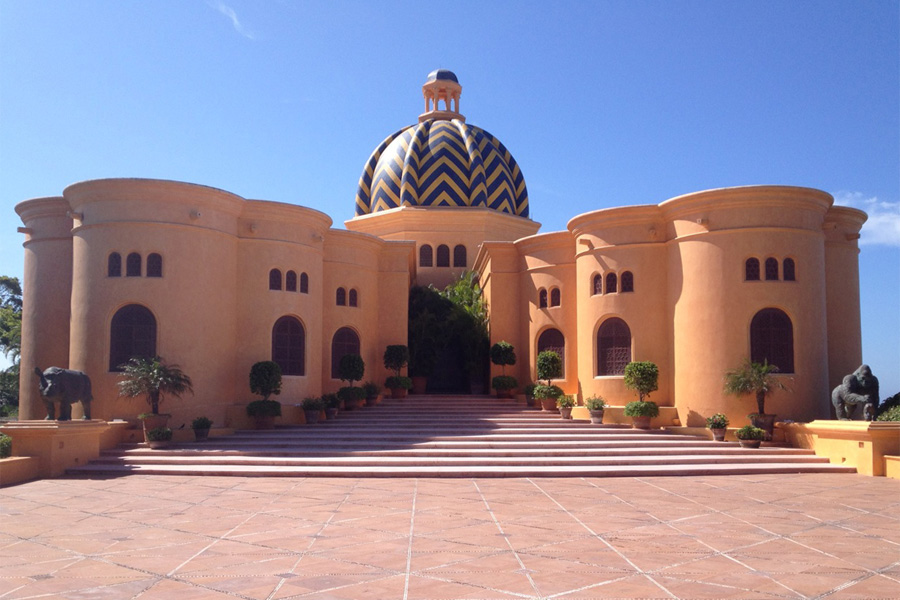 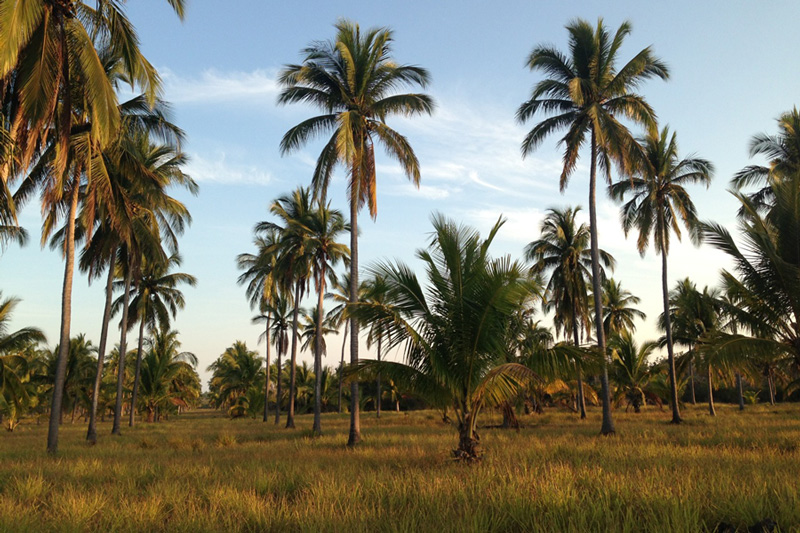 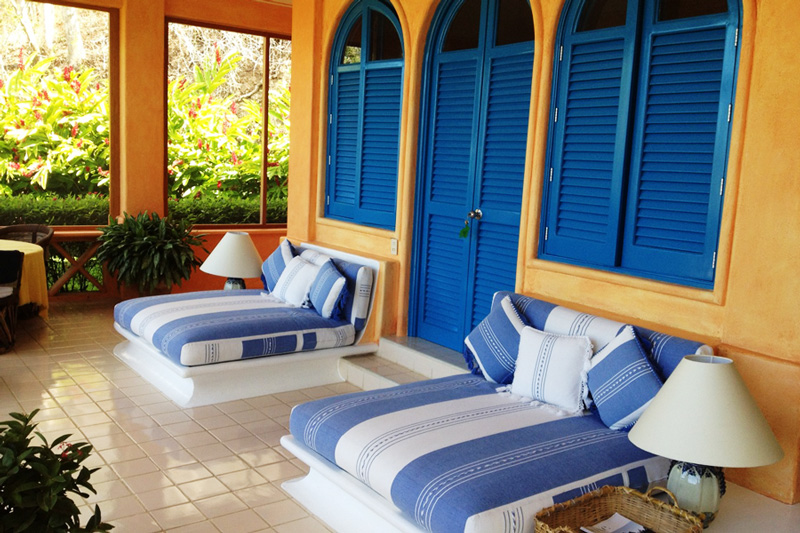 Day beds in the casitas.

To start with, physically finding it isn't easy. There are no signs pointing to Cuixmala on the drive along the coastal road running south from Puerto Vallarta. The directions instruct us to turn at easy-to-miss ochre-colored walls or blue gates and refer to confusing highway numbers and to continue, until — after two hours — we reach an unmarked fence where we are to follow a security guard through winding forest roads for another 15 minutes to the reception.

The clubhouse is not a conventional hotel reception. This is not surprising once you learn that the estate was built in late 1980s by the late Sir James Goldsmith for his private use. The eccentric billionaire ecowarrior filled the property with freshwater crocodiles, imported zebras, hundreds of species of birds, sea turtles, and horses, and invited a constant stream of glamorous guests like Nancy and Ronald Regan and Henry Kissinger to his tropical playground, often using the private grass landing strip to fly them in and out. 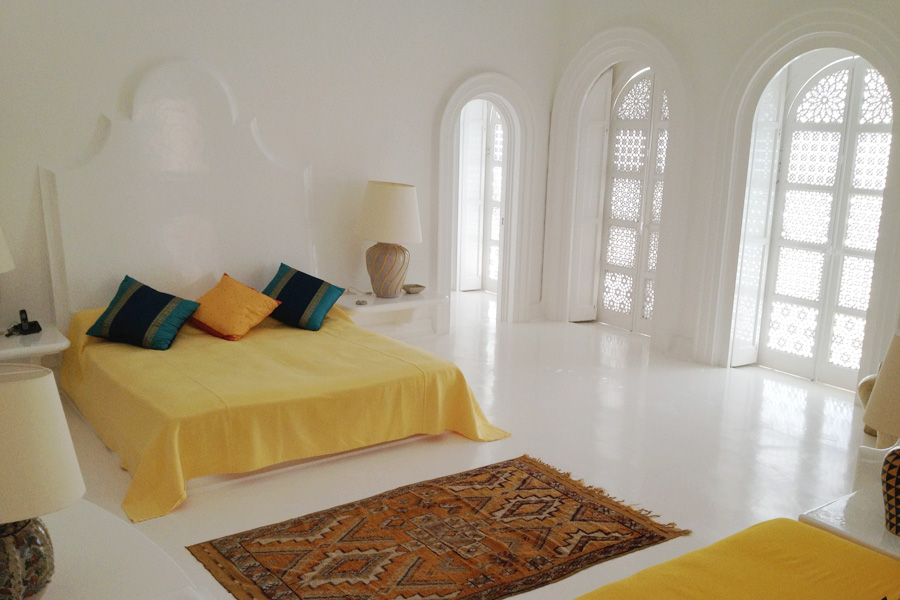 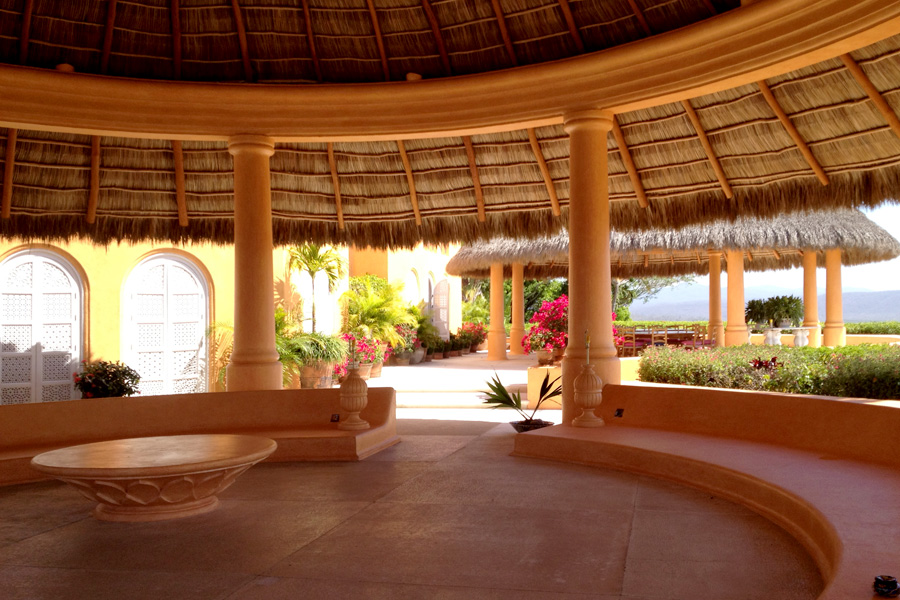 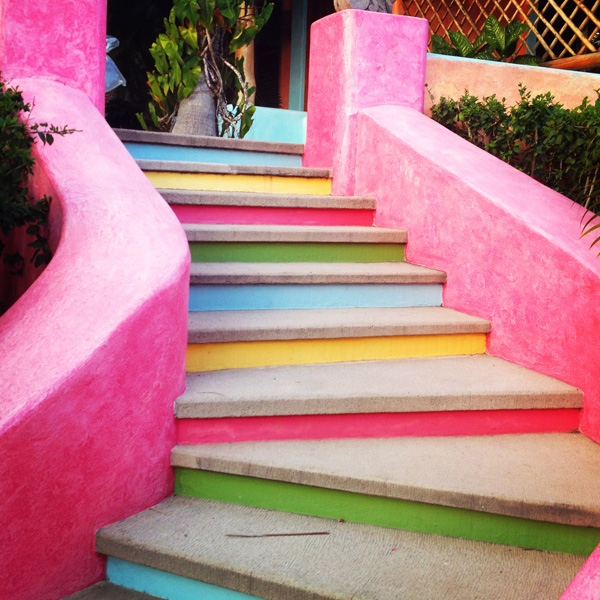 La Loma, the impressive Moorish oceanfront castle with a colorful tiled dome roof, was Goldsmith's main residence. There is an Aladdin-like quality to the house which, in addition to a vast master suite with a Jacuzzi overlooking the ocean, has three more suites, several grand drawing rooms and outdoor dining areas, a library, a screening room, and six nearby guest villas. You can't swim in the Pacific Ocean in front of La Loma because the currents are too strong, but the dramatic crashing waves are utterly mesmerizing.

Today the supremely hip ecoresort, which can accommodate 72 guests at maximum capacity, is run by Goldsmith's daughter, Alix Marcaccini, and attracts everyone from bourgeois hippies to low-key celebrities — anyone looking for a laid back but luxurious back-to-nature vacation. There are no set times to arrive or leave. Requests are dealt with on a case-by-case basis and are seemingly always met by the cheerful staff who outnumber the guests several times over. (During our visit last May, we were alone on the estate. Just me and my now-husband, 300 staff, and hundreds more crocodiles.) 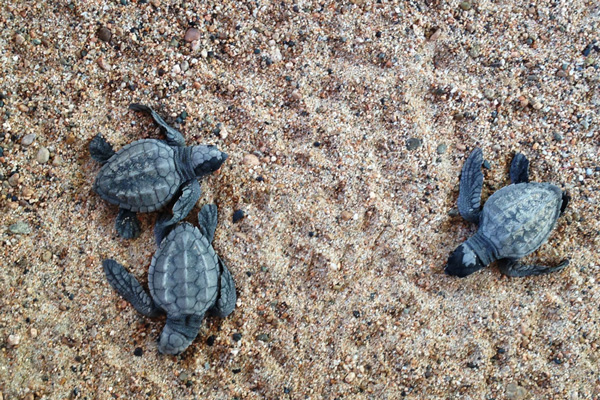 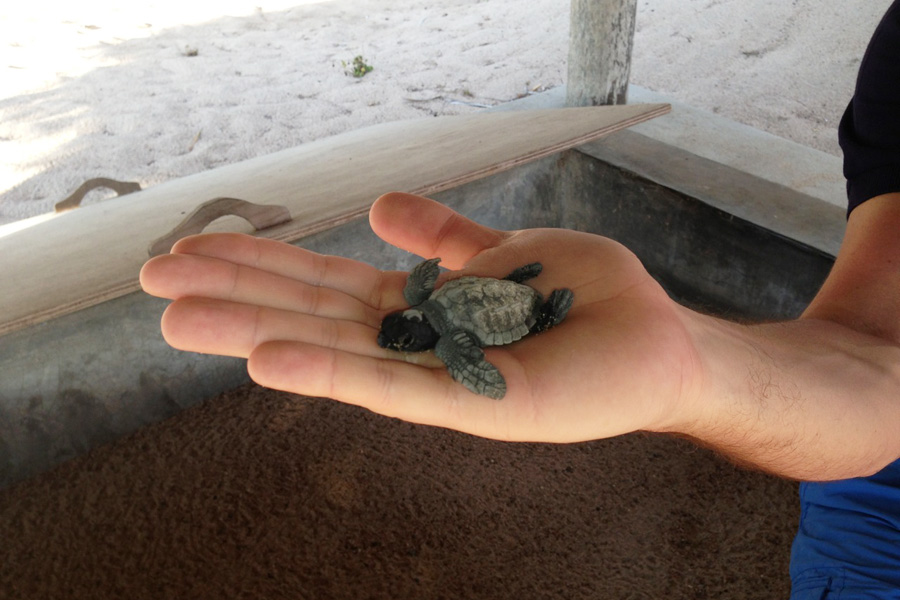 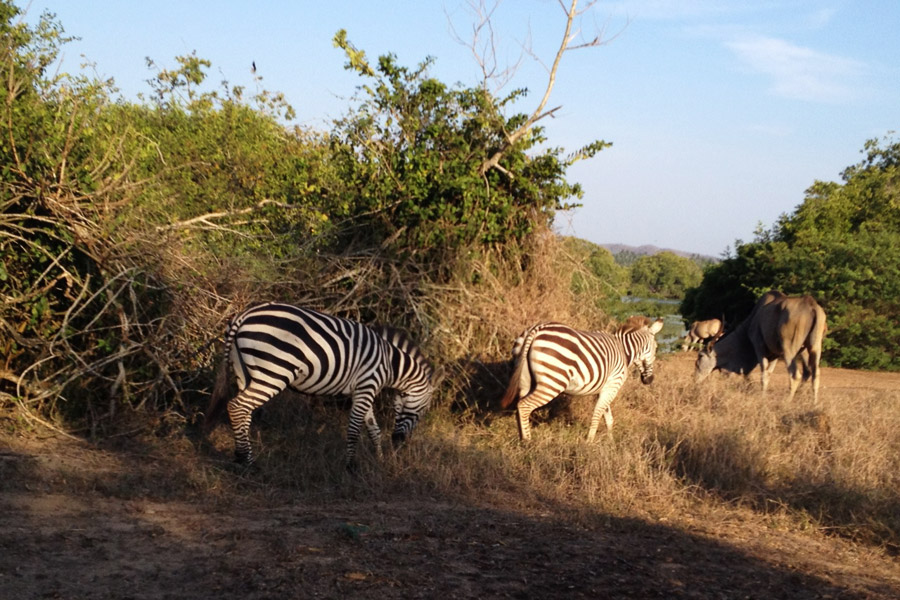 In keeping with her father's flamboyant and hospitable nature, Marcaccini turned Cuixmala into a private estate that happens to welcome guests rather than a hotel. Except that "guests" are in-the-know strangers who must pay (through the nose) to stay here. (Rates for La Loma are $10,000 per night in low season. Nearby villas start at $2,200.)

If renting La Loma or one of the four impressive villas is too pricey, another option is a casita, Cuixmala's answer to a regular hotel room. (Rates start at $400.) These stand-alone bungalows, each with private gardens, a dining terrace, TV room, and day beds, surround a pretty hilltop swimming pool. They originally housed Goldsmith's travelling troupe of pilots, doctors, and assistants, and they're enough to make you desperately wish you had been a member of his staff. 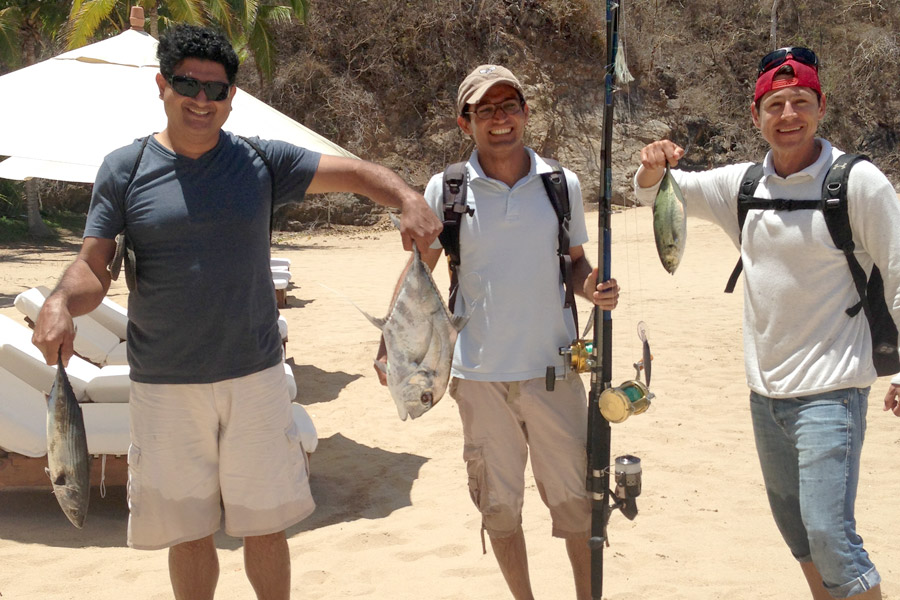 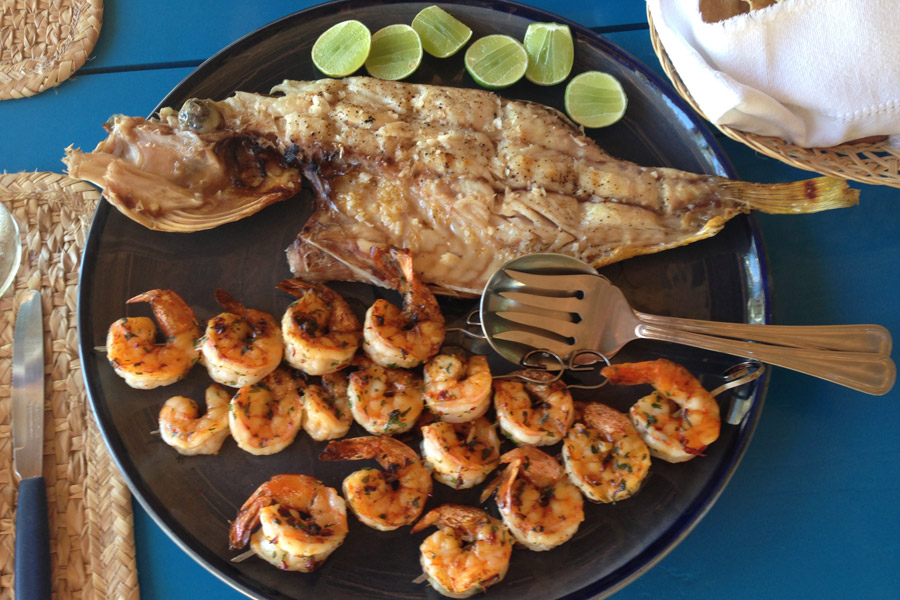 One afternoon, a few guys appeared on the beach with the catch of the day and cooked it up.

As an added and unexpected bonus, a week at Cuixmala left us feeling as if we had made an unplanned visit to a health spa. Meals are served in the club house unless you are staying in one of the villas, in which case your own private staff is at your beck and call. There is no menu (the lack of choice was surprisingly liberating), and everything is made in a regular kitchen by a lovely Mexican woman who asks your basic dietary requirements on arrival and serves you a variety of homemade, healthy, and delicious Mexican-inspired dishes throughout your stay. Ingredients are all sourced from the on-site organic farm; the meat comes from an organic cattle farm on Cuixmala's sister property, Hacienda de San Antonio.

But the magic of Cuixmala really lies in the fact that it can be whatever you want it to be: a relaxing place to switch off, a romantic getaway, an adventure holiday, or the perfect spot for a celebration. From horseback riding in the vast coconut plantations to a nail biting boat trip through crocodile-filled mangrove swamps and rivers, a visit to the organic farm, watching sea turtles to hatch, mountain biking and beach barbecues, the pace might be slow, but there is plenty to do. And many reasons to go back. Just don't tell them you heard it from us.

The World's Most Romantic Hotels: Mexico