LONDON – If you're in London this weekend, craving an eyeful of exquisitely proportioned and nearly naked ladies, head to South Bank for your last chance to see Forever Crazy before they pack up the pop-up and call it a night.

The burlesque show, which debuted after London Fashion Week this fall, features ten dancers performing the best numbers from the legendary Crazy Horse in Paris, the cabaret that's been titillating audiences since 1951 with legs up to here.

I saw it last month with my husband, in a midweek crowd that consisted largely of couples and groups of after-work businessmen already deep in the sauce. 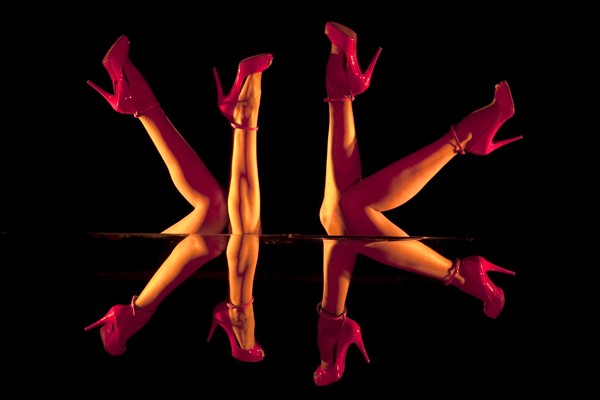 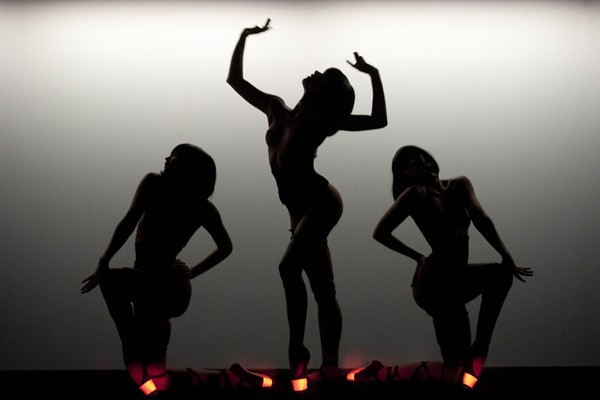 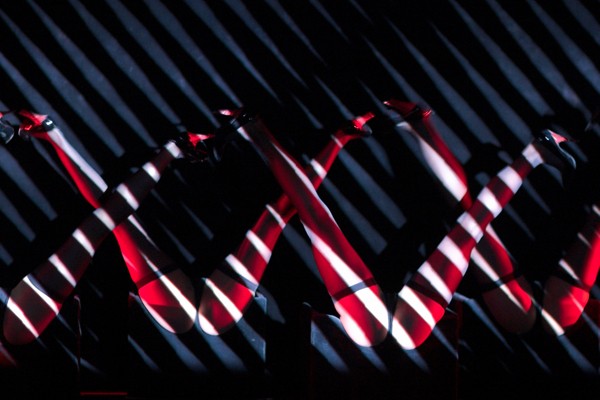 The dancers were — duh — hot, and all seemed to be of Eastern European descent. I couldn't take my eyes off the brunette with a pixie haircut who made love to a red-lip sofa in the opening number, but otherwise the show is pretty tame and not as salacious as the ads might want you to believe. (Then again, is anything, ever?) The numbers are far too humorous and whimsical to veer anywhere near X-rated territory. I'm not telling you to take your mother, but I'm not telling you you can't.

More than anything, Forever Crazy is a dancing spectacle. Vegas with a shot of wit. A post-graduate Glee. The triumph of the B-cup, the pubic pastie, and the airbrushed nipple.

The music ranged from Nina Simone to Britney Spears, and the choreography was very Busby Berkeley, all synchronized limbs and Art Deco headdresses. There were more mirrors on stage than stripper poles, though maybe the mirrors are just more visually interesting. After the women, the star of the show was the lighting designer, who "covered" the dancers' nudity with fantastic light effects: polka dots, stripes, lace, and Union Jack flags — a touch especially appreciated by the blokes at the next table. 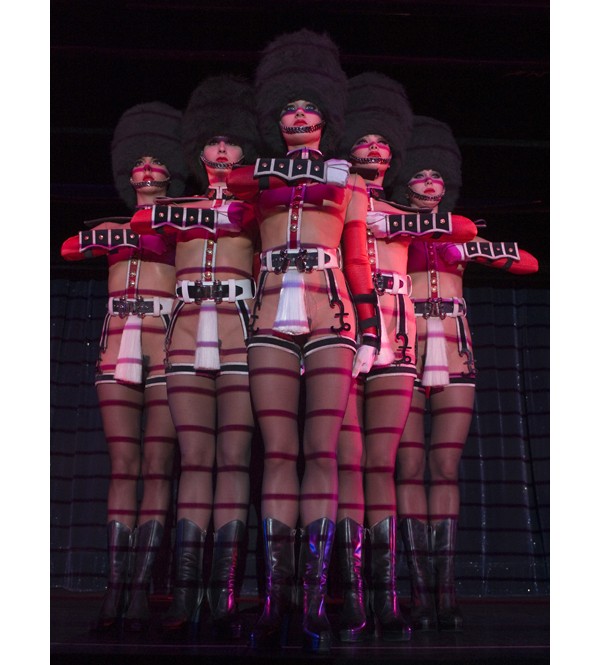 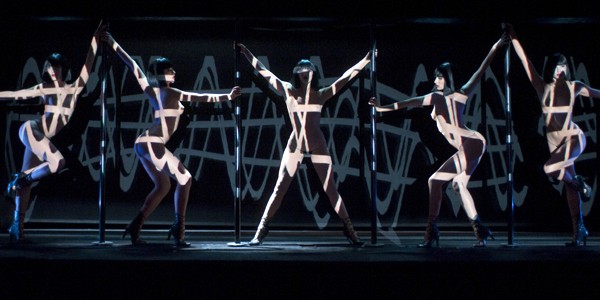 The tent is impressive and opulent, with small tables, waitress service, and a full bar. The bathrooms are the nicest port-a-potties anyone has ever seen. (Why isn't somene making millions exporting them everywhere?)

Photography is strictly prohibited, a rule I always take as a challenge. But in the interest accurately reporting on the frivolous, here's what I saw. 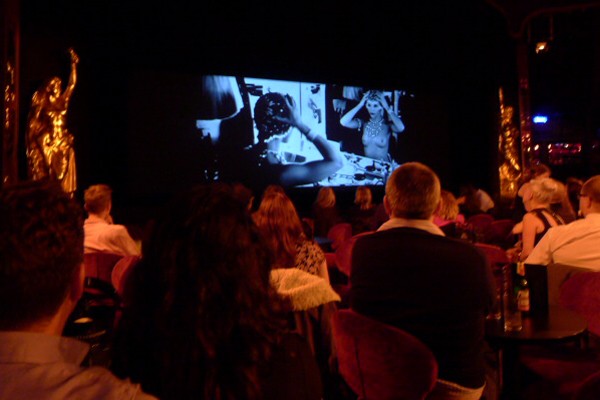 The view from my seat. The show began with a black-and-white movie that showed the girls backstage before a show. The movie was incredible, and incredibly hot. Crazy Horse, put this thing on YouTube. This photo series is by Pavia Rosati. 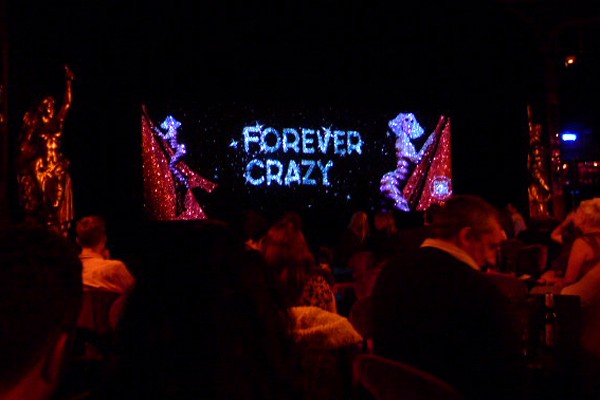 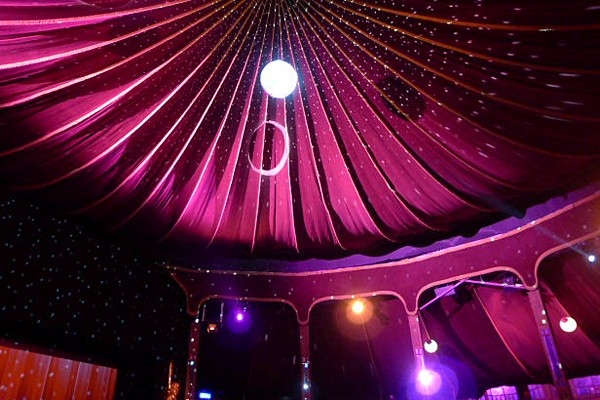 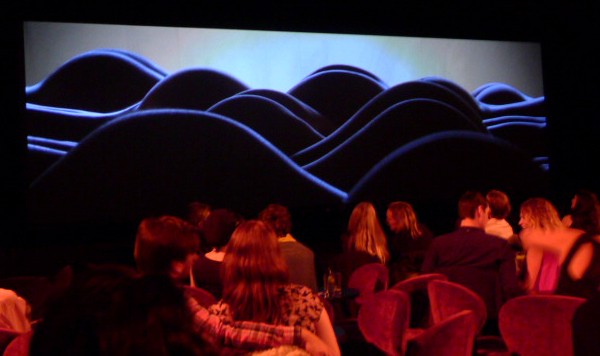 Another movie in between numbers. Yes, those are butts, glorious butts. 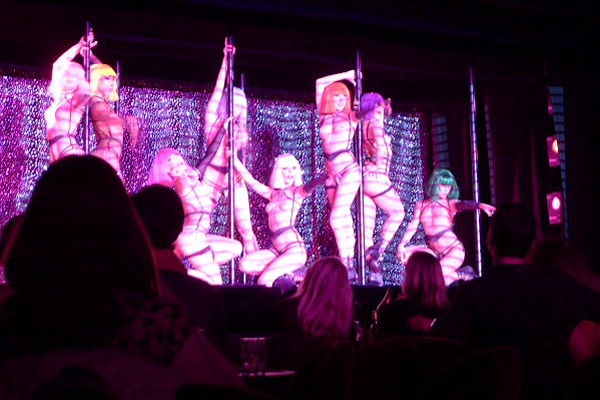 The dancers taking a bow at the finale.

There's a lot more to do in our London Guide.
Can't get to the UK? Comfort yourself with London souvenirs.