A jaded New Yorker goes to Las Vegas and scores more than she bargained for. Observations from the 29th floor of the Encore Hotel.

LAS VEGAS – I'm standing on the white putty of the Vegas desert. I'm arrogant, I'm all New York, I'm wearing APC. I can see the casinos over the terminal and the whole place is bigger than I thought. On the other side of the baggage carousels, people are rolling into yellow cabs like coins somersaulting into slot machines. It doesn't matter which one you get. We're all going to the same place.

Everything in room #2937 on the 29th floor of the Encore Hotel can be piloted by a remote control. The top left button does the curtains. The top right does the lights. I laugh, like, ohmygod can you believe this. There is a marble seat in my shower, for the elderly and the prostitutes, one imagines, and hopes they aren't the same. I take a picture of the view and instagram #vegas #nofilter. The arrogance is slipping away. No use taking yourself seriously here. 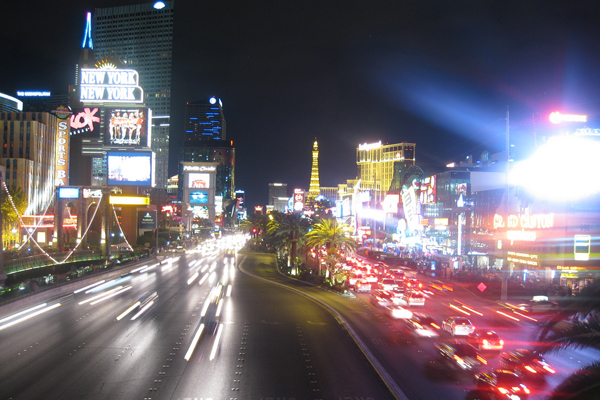 There are people waiting for me in the hotel bar. I shower and meet them under the canopy of glitzy butterflies near the south wing. We have a drink by the pool because isn't that what they do in Vegas? Then we step out onto the Strip, where it hits you all at once: the rollercoasters, the burgers, the sun, the scale, the sequins, the – look! here! – and the drunks and haggards and all the sick and the sad and the hungry and the wealthy and the old and the sleazy and the comb-overs of the world in one great amusement park. It all rolls by. Day and night. I blink, and then I'm fat and drunk and watching beady lights blink colors and form arrows, urges, invitations, promises. "Hell!," I say, because this is what the cowboys say in Vegas, "Hell!" The wins, the losses, the expensive drinks. The different ways to lose. It can't be taken sober. I think, it is not as silly as everyone said it was. It is not as sad.

For behind all this exorbitance, there is an awareness. It says, I know you know this is ridiculous, so what? So whaaat? The skirts are short and the nights are long and the men are drunk, but ain't it grand what a place. You can't be vain when you're this ridiculous. 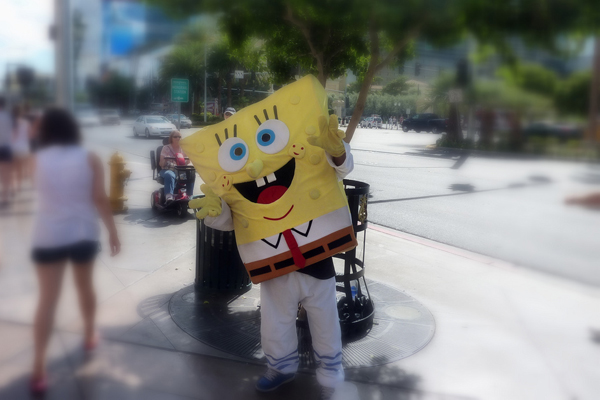 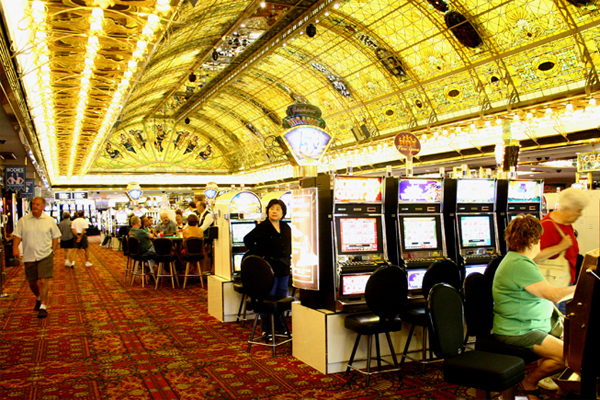 At the bar I make a friend, a temporary BFF, and at 4 a.m. we're sinking into leather chairs and taking big sips from beer bottles — glug glug glug glug. (Sometimes onomatopoeias get it right.) "The thing about New York," I shout over the jackpots and bankruptcies, "New York vibrates inside of you. It effects things in there… you hear? It changes things. It changes perspectives, life decisions, ambitions, turning points." Yes, I am thinking, I have really hit on something here. "Vegas is exterior, you know?" The girl is shaking her head. I can see she is thinking this is too much. Too much weight for a place like this. "There's nothing to lose, really. Maybe your money, the whites in your eyes, your complexion, your heels, yes, all of these, but not your mind." I look for a response but the girl is gone. Sucked into a slot machine or floating near the ceiling with the south wing butterflies. I think, it's all here. The buzz, with extra Z's. The buzzzzzzzzz, at 20 bucks a Z. Roll up, get your Z's, clip 'em on and spread 'em out, and then wake up with the W's of "ow" in the morning.

The skirts are short and the nights are long and the men are drunk, but ain't it grand what a place.

Owwwwee. Owwweee from room #2937 on the 29th floor. The puking, the spinning, the death of the night, bent over and hellish, praying to the toilet on hands and knees. In the hotel's buffet room – a terrible place of fake fruit arrangements that spiral like DNA strands up to the ceiling – there is everything you don't want when facing a magnitude 9.0 hangover. The candied apples, the ice cream, the Asian food. 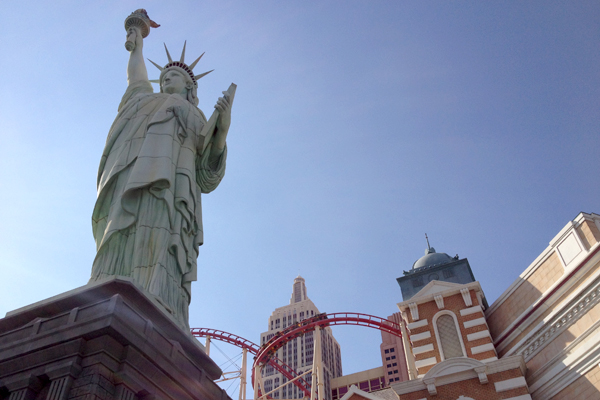 "WHAT," I am shouting to the others, "WHAT do the hungover or the aged do with an candied apple?" But I am being obnoxious – it's too easy in Vegas – and somewhere along the buffet maze I find Benedict this and Benedict that, potato this, Canadian maple bacon that.

And this is how they make you think. Because when I make it out to the pool and lay myself next to all the cellulite of the west coast, I do so feeling as if I got myself a bargain. Look at all this sun, this blue, and it's free. FREEEE. With extra Es that cost nothing. The waitress is wearing red, and it's all tits and legs. Hell, ain't it nice, what a place. Such a nice break from all New York's good taste.