Cartagena, Colombia, is on the rise, and Getsemani is the up-and-coming neighborhood for soaking up local culture, drinking mojitos, and dancing all night. Fathom contributing editor Kate Donnelly checks it all out.

CARTAGENA, Colombia – Like all great emerging spots, the neighborhood of Getsemani has a storied and complicated past. But times change and old stereotypes die hard. The burgeoning barrio, just outside the fabled walls of Cartagena's historic Old City, was formerly a haven of prostitution and drugs. But the once-seedy neighborhood is now the coolest, most invigorating and authentic, up-and-coming talk of the town. Getsemani is so authentically charming and on the cusp of commercial explosion, I almost want to keep the secret to myself. But where's the fun in that? Come down to get lost amid the Spanish colonial architecture, dance halls, graffiti art, boutique hotels, food vendors, public plazas, and poets. 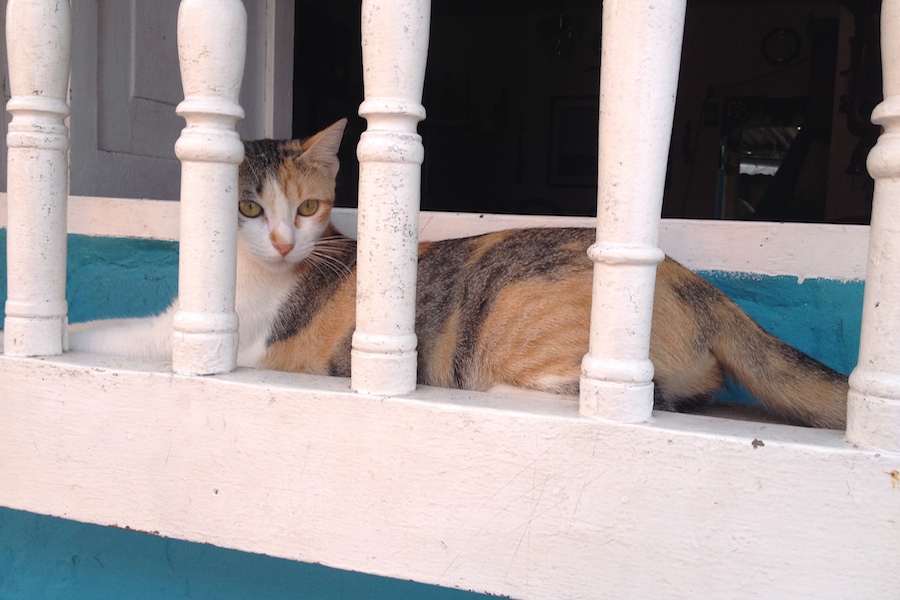 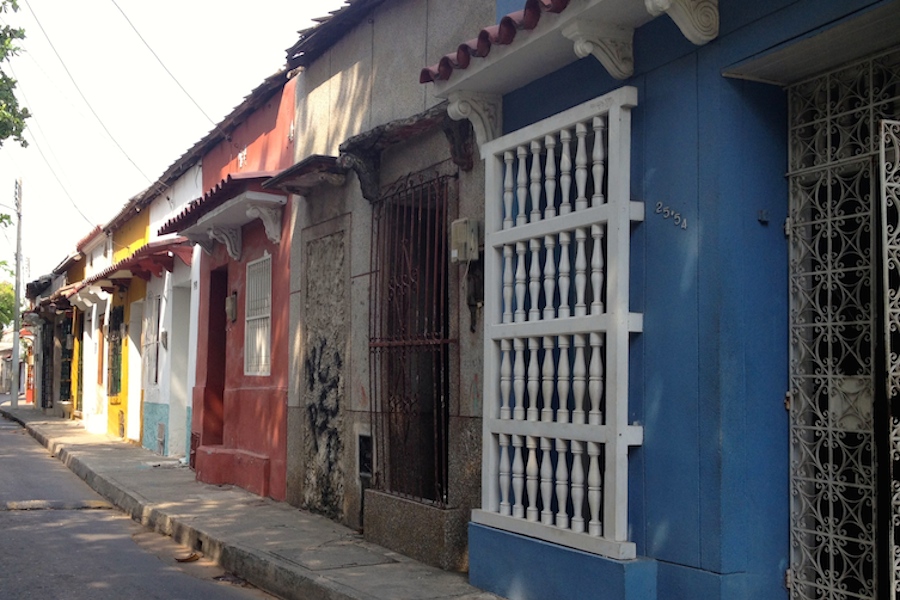 A colorful block for an afternoon walk. 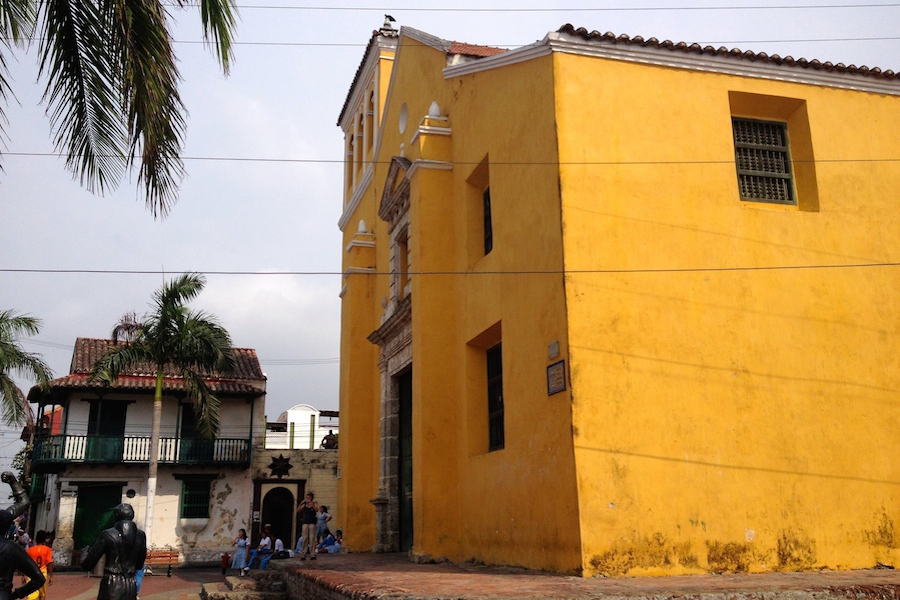 Getsemani shares the Old Walled City of Cartagena's bright Caribbean colors, narrow streets, and friendly locals. The blocks are lined with beautiful graffiti by a slew of artists (it reminded me New York City before the anti-graffiti squad lined up), cats soaking in windowsill sunshine, and friendly domino and chess games.

Cartagena is truly the perfect walking city. One of the great joys is not following a rigid itinerary and just strolling the delightful streets, which are home to local families and in-the-know visitors. When you pass the yellow 17th-century church in Plaza de Santisma Trinidad, you'll see school kids play soccer and merchants sell fruits. At night, a crowded, popular food cart serves hot dogs.

Take a slow stroll down Calle de la Sierpe, peppered with bright graffiti, colorful stories on a canvas of well-worn buildings. It's an open-air art gallery that's perfect for photography. 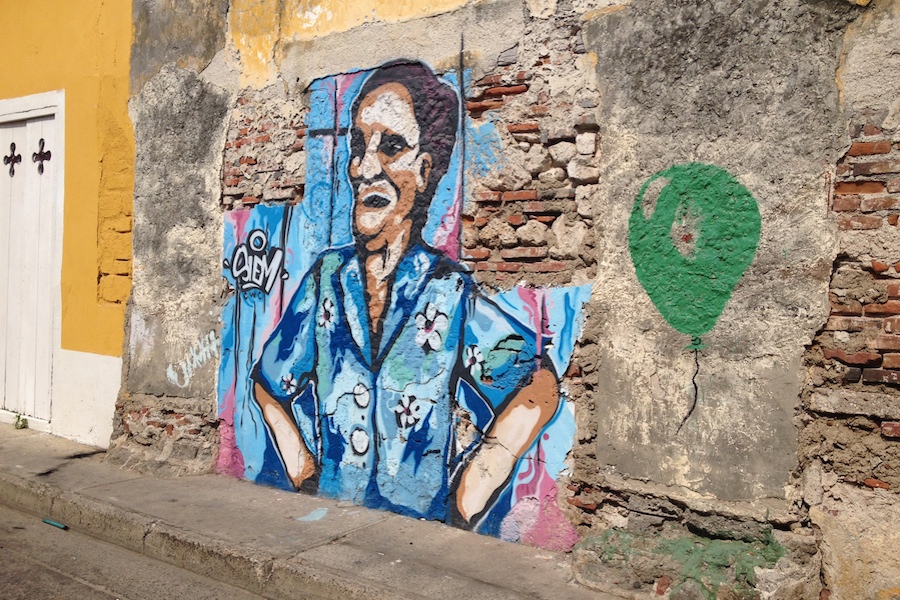 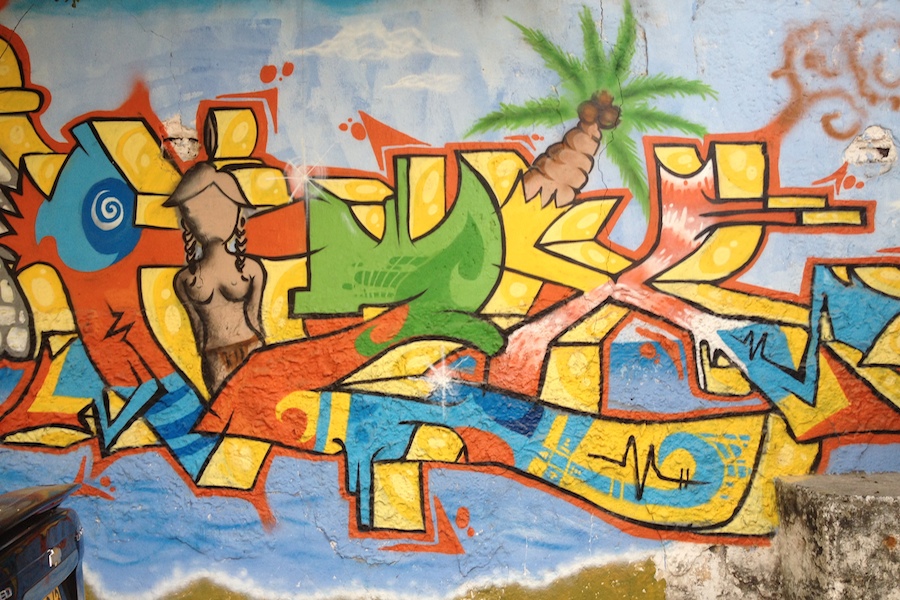 Don't mess around; nab delicious arepas from a street vendor.

Donde Pepina is a narrow spot where foodies and locals hang. Check your attitude at the door, order from the chalkboard menu, and prepare for a feast of traditional Caribbean-Columbia specialties — sweet local peppers stuffed with meat, fish ceviche, beef empanadas, baked tomatoes, and shrimp in a hot sauce with avocado. Of course, no meal is complete without crisp, delicious plantains and traditional coconut rice.

Break bread at dimly lit brick-exposed Demente (which translates as "crazy"), a sexy tapas joint with a rotating menu of Spanish and Cartagenian ingredients. The rehabbed space was restored and equipped with a retractable roof for dining under the stars. It's a perfect place to sip a mojito or a glass of chilled 20-year-old Dictador rum. 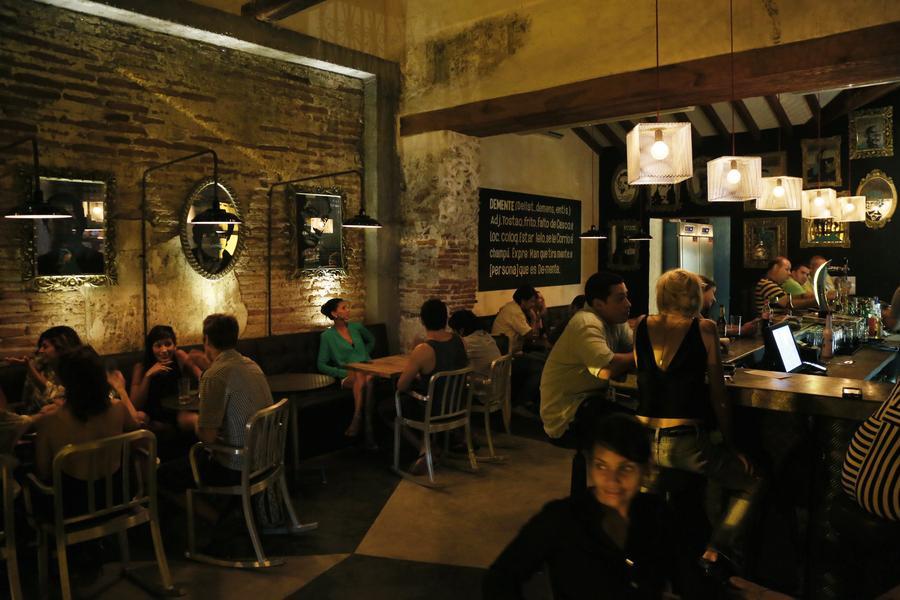 The spot for a mojito. Photo courtesy of Demente. 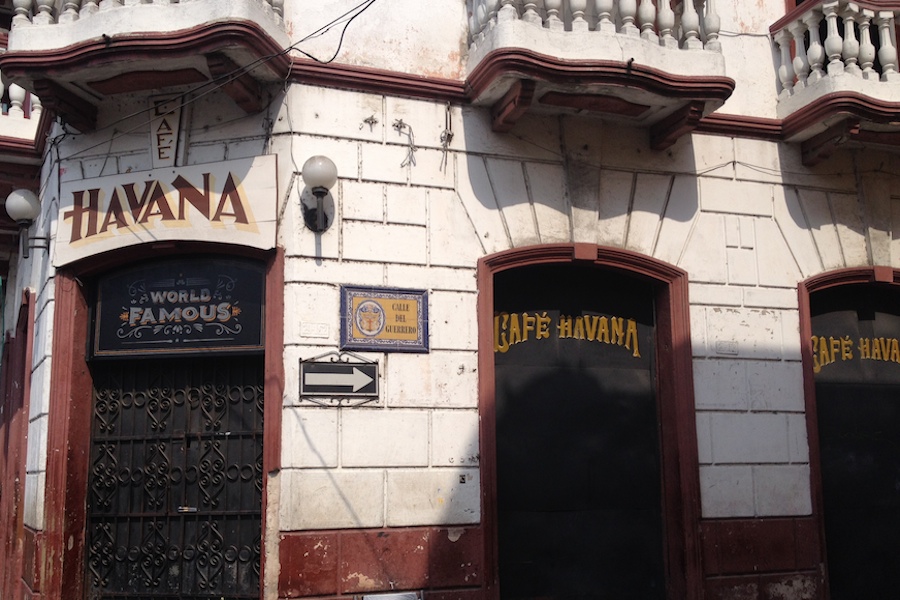 Cafe Havana, for dancing and drinking.

In the mood for pizza, spaghetti Bolognese, and vino? Go to the rustic, delicious Di Silvio Trattoria. The three-story Malagana Cafe & Bar, opened in 2011 by two sisters, is a bright, cheery spot with stuffed empanadas and fresh ceviches. Head upstairs to the spirited roof terrace for  fruity cocktails like the mango-biche mojito.

Casa Lola is a chic, 10-room boutique hotel in a light-filled, 17th-century building with furtinture sourced from all over the world. Relax in the courtyard or sip something exotic at the cocktail bar. Likewise, Casa Santa Ana is a small collection of five rooms with a rooftop pool. Put on your brimmed hat and sip a can of Aguila cerveza.

Eating and Drinking My Way Through Cartagena
Kick Back, Get Dirty in Cartagena