David Trimble moved to Brooklyn from Anchorage, Alaska, with his bike, adventurous spirit, and an itch to ride. One year for his birthday, Trimble invited some of his cycling enthusiast pals to a race throughout the streets of Red Hook at night. It was such a success he turned it into a full-on enterprise called the Red Hook Crit, an annual evening bike race which takes place on the streets of Red Hook, The Navy Yard, Barcelona, and Milan, with 100 top cyclists and a ton of screaming spectators. He takes us for a spin around his Brooklyn.

Favorite joy ride route in Brooklyn: Riding around immediately after a heavy snowstorm.

Preferred bike route from BK to Manhattan: Racing people up the Manhattan Bridge.

Adjectives you use to describe the cycling culture in Brooklyn: Vast yet communal.

First moment you felt like a real Brooklynite: When I first moved to the city, I was so broke I lived in my uncle's woodshop in Red Hook. I realized I was crazy enough to survive in NYC.

An area of Brooklyn you haven't been to yet and would like to explore: Williamsburg. 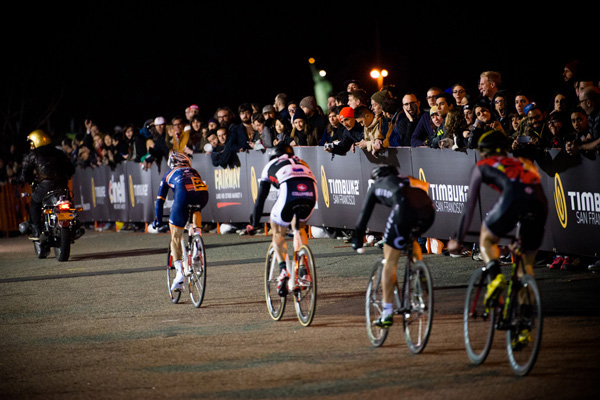 MORE ABOUT THE CRIT

The Red Hook Criterium urban racing series gears up up for the first race at the Brooklyn Navy Yard, Saturday, June 8th.