On a recent trip to Nashville, Fathom's Daniel Schwartz took a break from the city's new restaurants to take a look at the city's new hotels. Here are the properties that stood out.

NASHVILLE – I've heard many good things about Nashville from friends who've visited in the last few years, regarding hot chicken and honky tonks and Austin-esque levels of cool, as well as one consistent critique — that, in one of the country's fastest growing cities, there ought to be more nice, independently-run places to stay. But times have changed, as I discovered on a recent spring weekend spent touring Nashville's latest crop of boutique and design hotels. Hospitality levels, like the rest of the city's offerings, are on the up-and-up. 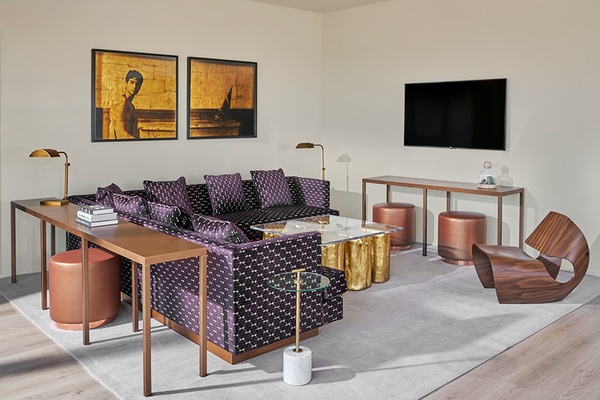 221 2nd Ave. N.; +1-615-610-6400
The latest addition to 21c's award-winning museum hotel portfolio is located in a rehabilitated hardware warehouse off Bankers Alley in downtown Nashville. The 124 rooms, which include seven rooftop terrace suites, are designed as a respite from the hotel's 10,500 square feet of public exhibition space. Contemporary art is everywhere: in the galleries, at the gift shop that makes up half the lobby, on the interactive wall by the restrooms — even at Gray and Dudley, the West Coast/Mediterranean restaurant from chef Levon Wallace, formerly of Nola's Cochon Butcher and Louisville's Proof on Main. Call it a feast for the eyes.
Check in: Book a Room 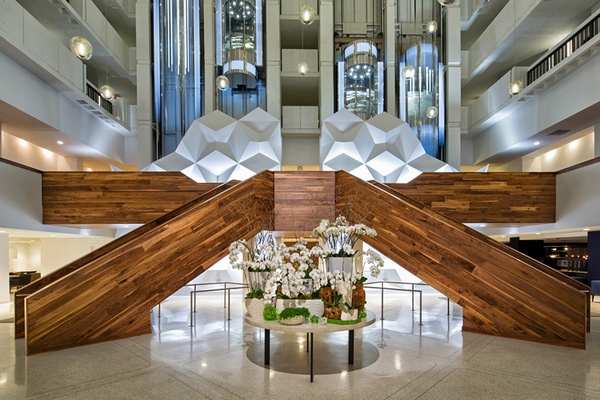 623 Union St.; +1-615-259-2000
Nashville's Sheraton Grand doesn't look like your ordinary chain hotel. Before becoming the fifth Grand in the United States, the downtown property underwent a massive renovation, introducing a commanding atrium with a 25-story hand-blown glass chandelier, a sleek lobby bar that serves food and hosts live music on the weekends, and a swanky private rooftop event space with 360-degree views of downtown. Rooms are clean and bright, service is warm and welcoming, and the downtown location is prime for travelers looking to tour country music hotspots, attend events at the Nashville Convention Center, or make the most of SPG points.
Check in: Book a Room 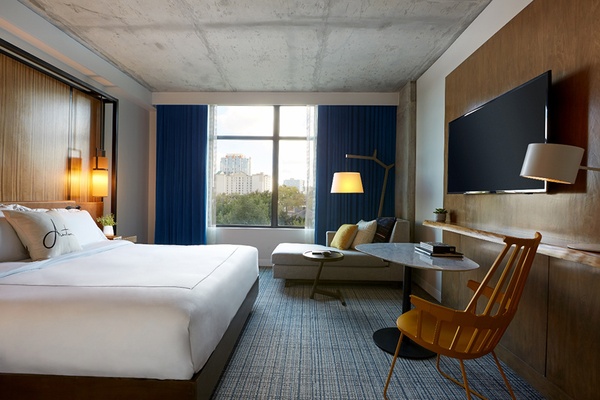 2021 Broadway; +1-615-340-6376
Nashville's first Kimpton opens June 2017 in up-and-coming Midtown, at the crossroads of three local landmarks — Music Row, Vanderbilt University, and Hattie B's Hot Chicken. The hotel's 180 rooms, which include twelve suites, are decked out in natural light, handsome organic and industrial design touches, and original art from the historic letterpress shop Hatch Show Print. How they expect guests to get out and explore the neighborhood when there's a rooftop pool, full-service spa, and Henley, an all-day brasserie with a James Beard Award-winning chef in the kitchen, is still to be determined. Complimentary cruiser bikes should help, right?
Check in: Book a Room 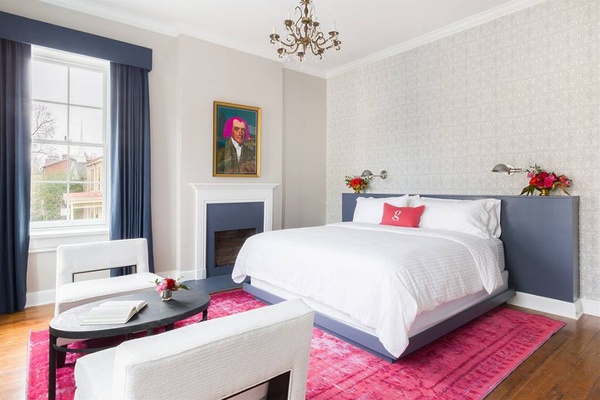 1218 6th Ave. N.; +1-615-581-1218
Each room at this six-suite hotel, located in a Civil War-era home in one of the oldest (and most charming) neighborhoods in Nashville, is dedicated to a different commander in chief — think patriotic pops of pinks, whites, and blues and funky presidential portraits commissioned for the hotel by local designer Caitlin Mello. The homey, off-the-radar property doesn't have an on-site restaurant, just coffee and pastries delivered daily from Steadfast Coffee. That isn't really a problem, though, as the walk to some of the city's best restaurants — Rolf and Daughters, City House, Henrietta Red — is a few minutes, max.
Check in: Book a Room 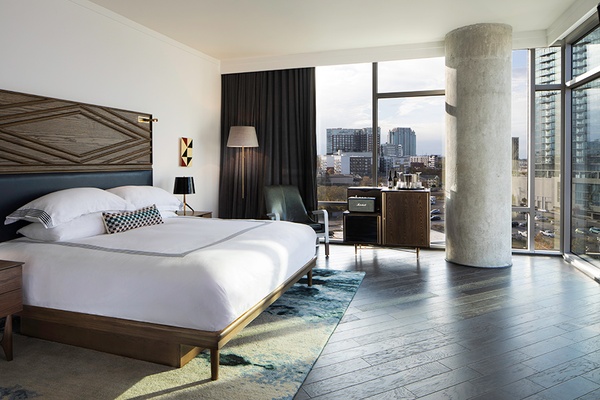 401 11th Ave. S.; +1-615-262-6000
The 224-room hotel out-boutiques actual boutiques with its serious attention to detail. The entranceway mosaic displays the hotel's coordinates in The Gulch. The vinyl in the lobby is free to play by guests using the library's record player. The in-room amenities include Marshall speakers, D.S. & Durga toiletries, and custom Imogene + Willie jeans tailored bedside. What's more, there's a neighborhood cafe in the lobby, Killebrew Coffee, and two culinary experiences from acclaimed New Orleans chef John Besh — a sit-down Southern seafood meal at Marsh House and cocktails and tunes at the lively rooftop bar, LA Jackson.
Check in: Book a Room