We're celebrating the American presidential inauguration by imagining all the places we'd rather be around the world. For Fathom founder Pavia Rosati, that's an open plain in Kenya, befriending a better class of wild animal.

Yes, the world is a big place and even the most avid traveler can only go to so many destinations. But can I really consider myself a travel expert if I've never been on safari?

The elephant safari I visited in Sri Lanka was beautiful and sweet, but it doesn't count.

The real deal is in Africa. Where majestic plains end in horizons as vast as the universe itself. Where animal migrations sound like thunder and smell like the primordial soup. Where the sheer wonder of it all — of nature in all its magnificent glory — is so humbling it's humiliating.

I know: I sound like a movie. That's because my first memory of safari was Out of Africa. I was fifteen, in a theater by myself in a New Jersey Mall, and I wept like a baby — as I've done in every viewing since — at the scene where Meryl Streep buries Robert Redford on a hilltop in Kenya, her eulogy the A.E. Houseman poem "To an Athlete Dying Young." 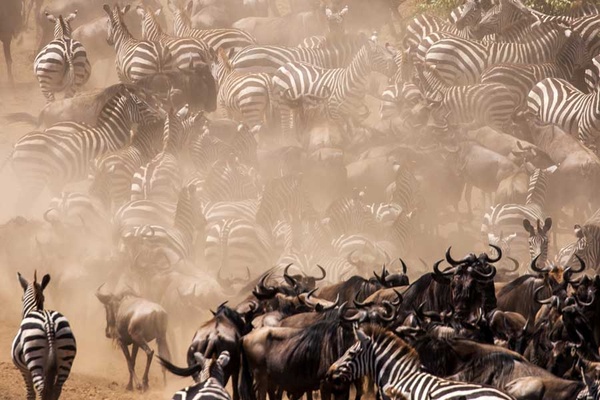 Zebras and wildebeests doing what they do. 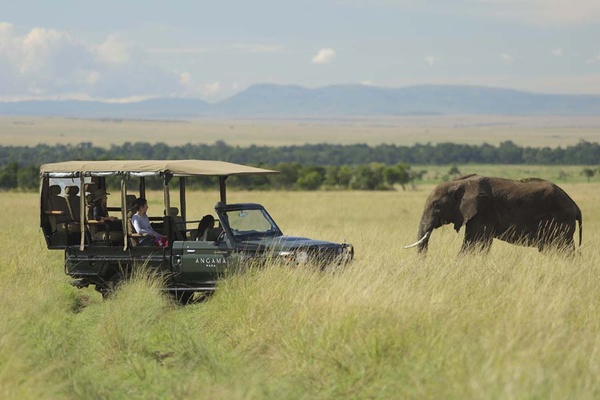 Getting close to the elephants.

So it's destiny, really, that my safari debut will be at Angama Mara, a tented lodge built on that same Out of Africa ridge. The name is Swahili for "suspended in mid-air," as the camp overlooks the Great Rift Valley in the Masaai Mara National Reserve, which abuts the Serengeti National Park across the border of Tanzania.

There are a dozen camps in the Maasai Mara, and Angama's game rides are concentrated in the Mara Triangle. It's a busy area, filled with animals year-round, like giraffe and impala and hippos, as well as the Big Five — lion, leopard, elephant, rhino, and buffalo. The wildebeest migration is apparently something to behold: stupendous and stinky. I'm not an early riser, and I won't have to be, as Angama will tailor game rides to my hours and preferences.

And, yes, they'll make my movie dreams come true with a picnic on the Out of Africa clearing. 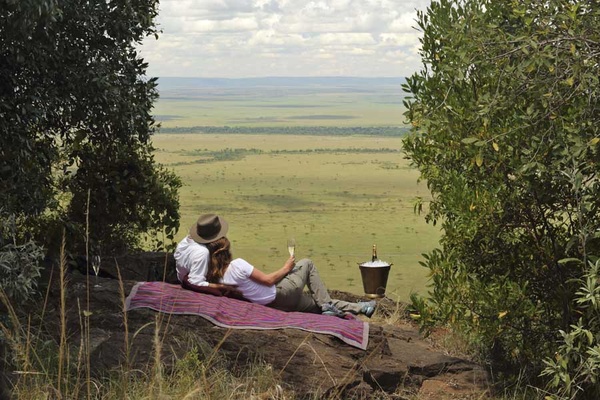 The Out of Africa view. 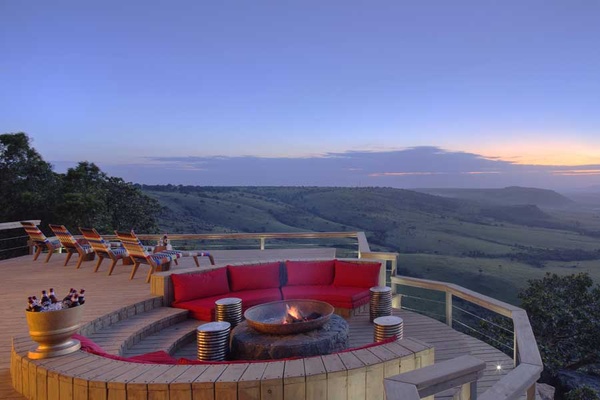 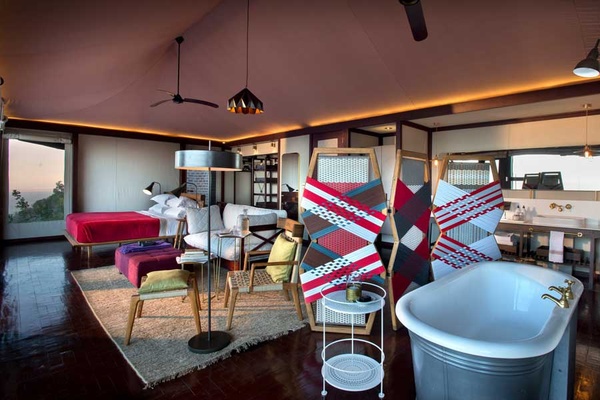 The tents, decorated in Maasai colors and patterns.

The owners opened Angama Mara 18 months ago, after spending fifteen years building &Beyond into one of the world's best safari companies across Africa and Asia.

Angama is their retirement project of love. I'm ready.

Rates from $850 per night in low season. Click here for reservations.