More than the Fine Hotels and Resorts credit and upgrades, more than the double points on Uber rides, more than the VIP access to special events, I have loved taking advantage of the WiFi, the potato chips, the sautéed chicken in morel sauce, the Napa Valley sauvignon blanc, and the free glossy magazines in the lounges.

But because it took me a while to get a handle of all the lounge options available, I decided to detail the options, in order of awesomeness.

New lounges built within the last year in key airports around the United States, The Centurion Lounges are by far the best, with shower suites, conference rooms, business services, great WiFi, and premium treats with pedigree. Wines picked by Anthony Giglio, cocktails conceived by Jim Meehan, seasonal menus by notable chefs like Fathom contributor Scott Conant (Vegas), Michelle Bernstein (Miami), and Dean Fearing (Dallas). There are playrooms for kids and private sofas for tired grown ups. The only problem is that they are not located in every single terminal of every single airport.

LOCATIONS: But they are at LAS, DFW, LGA, SFO, MIA, and soon IAH. SEA has a new offshoot called The Centurion Studio. Outside the United States, American Express operates a dozen Centurion Clubs and American Express Lounges in airports around the world.

GUEST POLICY: Platinum Card Members can enter Lounges with up to two guests and kids under 18 at no charge. Because they're smaller, Studios can only accommodate immediate family members or one guest.

There are more than 45, primarily in the United States, and I'm partial to the new flagship at New York's JFK because it has an outdoor observation deck with a bar and how great is that?

GUEST POLICY: Up to two guests at no charge.

I've had access to Priortity Pass lounges in the past, and they're hit or miss. A step up from waiting on the hard seats at the gate, but sometimes just barely. I hated the lounge at Heathrow so much I just stopped bothering. Still, free WiFi is free WiFi, and there are more than 850 of them around the world. Having an Amex card doesn't give you automatic access: Card Members have to enroll for the program by phone or online and must present the card for entry. (A bummer for minimalists like me who would rather not have to carry the extra card.)

GUEST POLICY: Guests have to pay a $27 entrance fee. 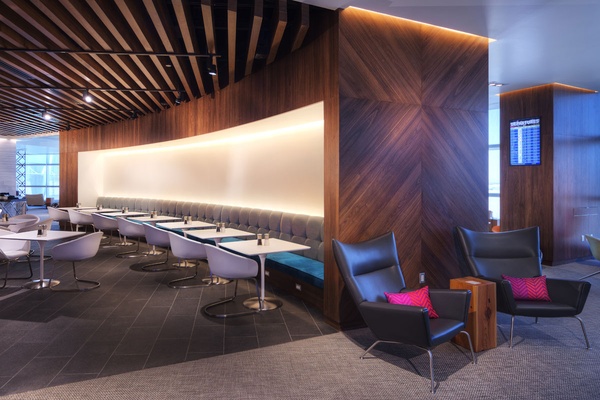 So. That's the lowdown. Now where's that one-stop list of all the lounges? I haven't found it yet, so I decided to make one. Here's an OCD cheat sheet of the lounges that Amex Platinum Card Members have access to at the most popular airports around the USA and globally. The only Priority Pass options listed are those that are among the best. For the complete list, check the app.

Remember, by the way, that lounge location is a critical fact to consider. Airports are big, and a lounge in terminal 7 won't help you if you're flying from terminal 1, though you can always use the airport shuttle to get around if the lounge is before security and if your layover is long enough.

LOUNGES IN THE USA

Delta Sky Clubs: Two locations, near gate A7 and gate 18.

The Centurion Lounge: Before security, on the third floor between Concourses B and C.

The Centurion Lounge: Terminal 3, near gate 74.

The Centurion Studio: Concourse B, opposite gate B3. 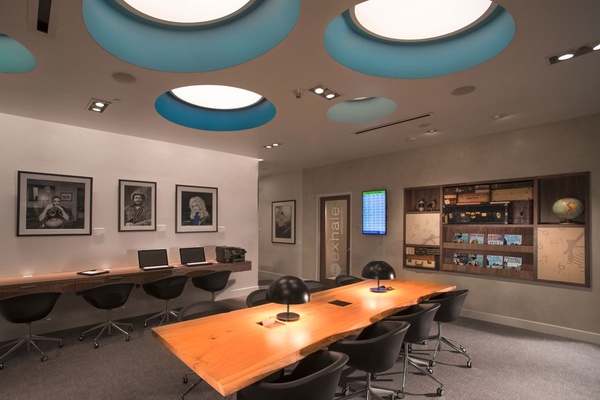 The workroom and spa entrance at the Centurion Lounge at Dallas-Fort Worth.

LOUNGES AROUND THE WORLD

Though "Centurion Club" may sound like "Centurion Lounge," they're not operated in the same way. So, as the saying goes, your mileage may vary. As for Priority Pass and Delta Lounges, as I said above, it's best to check the websites for all options. These are just highlights.

Here's a rundown of all the benefits of the American Express Platinum Card.