Commercial space travel will be here in the blink of an eye. And when it does, we will be ready for liftoff. Below, an imagined (abbreviated) cheat sheet for the intrepid and intergalactic traveler's first foray into outer space.

BREAKING THROUGH THE ATMOSPHERE

Where does space begin anyway? About 100 kilometers above sea level (it ends at the upper limit of low Earth orbit). Close enough to phone home and full of photo-ops. There are no black holes, supernovas or gamma ray bursts here — for that, you'll have to go to deep space. For the occasional astronaut, space is less about comet-hopping and more about stargazing while traveling 4.8 miles per second.

There are no road signs in space (yet). Get your bearings from the ground up: Continents and clouds occupy the troposphere. Passenger jets fly under the ozone layer in the stratosphere. Shooting stars burn briefly in the mesosphere. Auroras dance and shuttles glide through the thermosphere. Satellites, the International Space Station, and future space resorts, like the Galactic Suite, orbit in the outermost exosphere.

With physics at the wheel, you're basically on a carousel ride around Earth, and you're bound to be disoriented doing sixteen laps around it every 24 hours. Up is down in zero gravity. Figure out your position using any three fixed celestial points of reference and some friendly impossible math (there's probably a button on the dashboard for this). 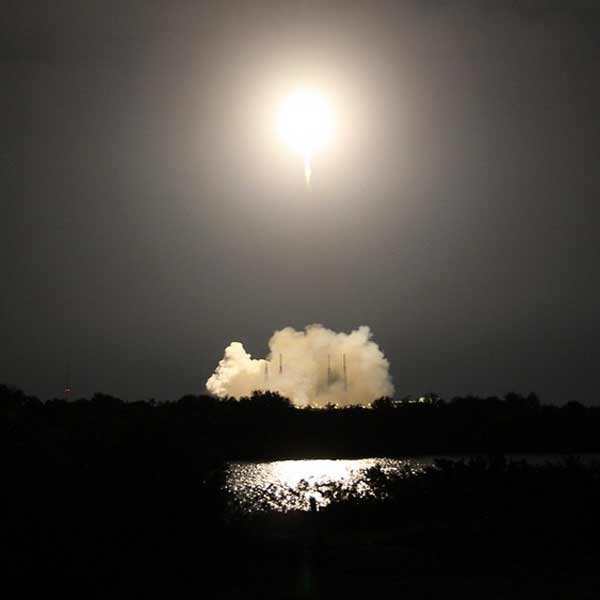 The SpaceX Falcon 9 rocket lifts off from Space Launch Complex 40 at Cape Canaveral.

Exiting the atmosphere isn't easy. You have to do your stretches, eat your veggies, and brace yourself for a complete change of scene. Visit a doctor to ensure you're fit for flight. Train your body for weightlessness 40-feet underwater or in microgravity on a zero-g flight. In two years' time, you'll be ready for takeoff.

Odds are you're making it out of the atmosphere. Still, space travel is risky business, so you’ll want to relax and live life to the fullest the week before launch. Have a steak or two. Don't skip dessert. Binge-watch Netflix (you won't get it up there). Get good sleep and report to Spaceport America the day of your flight.

Before you know it, you'll have your eyes to the sky, sounds muffled by the helmet on your hundred-pound spacesuit. You won’t pass out mid-launch — blood won't drain from your brain in your seated position. Endure for nine minutes, and suddenly you're weightless.

If you're not a fan of tradition, you can opt for an air launch, which avoids drag and turbulence in the lower atmosphere by launching from a carrier aircraft. When it’s time for re-entry, don't sweat it: Most Earthbound debris disintegrates from atmospheric heating. Your star cruiser isn't like an unwanted space rock. It has heat shields, parachutes, and an "abandon ship" button. You'll be fine!

At some point, pouring a glass of celebratory champagne is going to be darn near impossible. On the upside, your decompressed spine will make you look longer and leaner than ever before. A daily space exercise regime (stationary bikes, squats, and cable-machines) is a must for conditioning your body for re-entry. 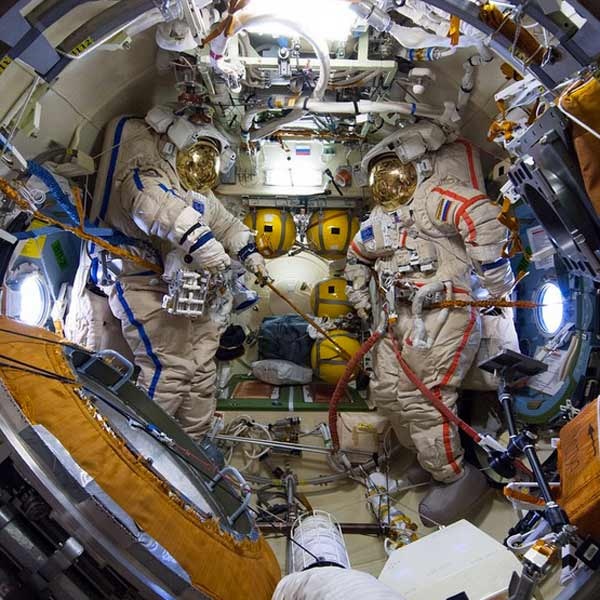 With sixteen sunrises a day, it's all about power naps, not REM sleep. Those sudden blinding flashes are cosmic radiation triggering false signals on your retina. when gazing into the infinite void, a general feeling of insignificance is totally normal. But before you curl up in a ball, look back down at Earth for renewed feelings of awe, gratitude, and uncontrollable glee.

Control your urge to call Houston every time you have a problem, as that’s only for NASA; yours is a commercial space flight. Sound like a local: “yestersol” is yesterday on Mars; “Malfunction Junction” is Cape Canaveral. Astronauts speak in shorthand, so try abbreviating everything.

Food is pre-packaged, modified, and unfortunately not available in allergen-free formats. In addition to such classics as freeze-dried ice cream and Tang, you can indulge in out-of-this-world delicacies like space burritos (thanks, Taco Bell), modified kimchi, and tubes of borscht. Fresh fruit and vegetables, delivered on resupply missions, can be enjoyed within two days of delivery before they spoil. Locally sourced fare will soon join the ranks of thermo-stabilized and irradiated on the space menu thanks to space-grown lettuce and other produce from NASA's in-the-works veggie farm.

Conditions aboard a space station are controlled at approximately 72 degrees fahrenheit and 60 percent relative humidity, So dress for comfortable California afternoons. Cargo room is limited, but don't skimp on the underwear: You can't do laundry in orbit. Shoes are unnecessary, and outerwear (an orange suit for takeoff and re-entry and a white suit for space strolls) is provided.

Stephen Hawking's A Brief History of Time will make you sound like a genius. Chris Hadfield's An Astronaut's Guide to Life on Earth is inspiring. Kim Stanley Robinson's Mars Trilogy triggers the imagination. Get dreamy with Jules Verne's From the Earth to the Moon or the black and white film it inspired, Georges Méliès' beauty, Le Voyage dans La Lune. Overcome fear with TED Talks from rocket scientist Olympia Lepoint.